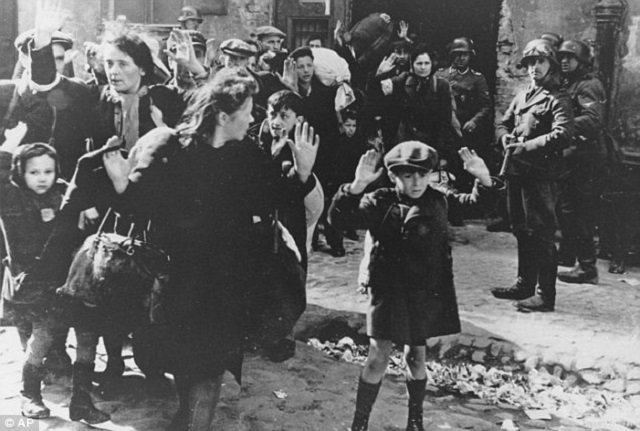 September 23, 2015 6:56 am 0
The Syria Sham and the Iran Deal
Obama has presided over a moral and strategic disaster in Syria
Senior Republican senators urge Obama to intervene in Syria

TFS Note: Unless Syrian-Americans are provided with irrefutable proof that there is a systematic infiltration by ISIS terrorists among the ranks of Syrian refugees, do not bother to convince us it is wrong to welcome Syrian refugees in America.  Fear mongering is unconscionable and morally bankrupt when lives of women and children are at stake.

Images of a drowned Syrian child washing up ashore in Turkey and families stranded in Hungary have prompted the Obama administration to boost the number of refugees the U.S. resettles every year from 70,000 to 100,000. But this move comes after four years of war, more than  200,000 people killed and millions displaced. Despite the devastating human toll of the Syrian civil war, recent polls show that nearly half of the U.S. population remains deeply suspicious of opening up its borders to Syrians, presumably for fear they may pose a terrorist threat.

The notion that Syrian refugees could represent a fifth column has eerie parallels to U.S. policies and attitudes in the late 1930s. At the time, tens of thousands of European Jews, mostly from Germany, were seeking refuge in America but were turned away, among other reasons, for fear they might be spies or communists, or worse.

To be sure, anti-immigration rhetoric has always been fueled by racism, nativism and fear. Throughout U.S. history, critics have proclaimed that immigrants take jobs from native-born Americans, bring disease and draw us into conflicts abroad. During the late 1930s immigration crisis, these same tropes were used to talk about refugees fleeing Nazi persecution — most of them Jews — but with a new twist. After demonstrating that they would never become public charges, Jewish refugees had to pass an ever-increasing barrier of paperwork meant to “prove” they were not a threat to American safety.

These refugees were cast as “Hitler’s slave spies,” bent on sabotage in order to ransom the lives of their loved ones still in Europe. The slave-spy accusation allowed Americans to sympathize with these refugees, while apologetically reaffirming the primacy of national security. By mid-1941, the State Department enforced a “relatives rule,” essentially blocking visas for people with relatives still trapped in Nazi-occupied territory. Consular officers could no longer approve visas for would-be refugees. Instead, an interagency committee in Washington was tasked with the job, extending the process by months. Refugees with all the required paperwork — who had jumped through every hoop, filled out every form, gathered every document, passed every interview — now had to start all over again. Most didn’t make it to safety.

If these facts make us uncomfortable today, they should. Syrian refugees face similar arguments and are accused of having “nefarious purposes.” They face a labyrinthine maze of red tape, ostensibly to conduct thorough background checks. Yet previous mass waves of refugees — the hundreds of thousands of Southeast Asian “boat people” of the late 1970s and 1980s, the approximately 10,000 Kosovar Albanians repatriated in 1999 — did not face the same scrutiny. Just as the turning away of Jewish asylum seekers in the 1930s masked a reflexive anti-Semitism, does American refusal to accept more Syrian refugees today in the name of preventing terrorism mask a latent Islamophobia?

The Syrians fleeing violence come from a range of religions; they are majority middle class, educated and looking to start a new life abroad. Many who have settled in refugee camps and urban areas near Syria’s borders are some of the most industrious and enterprising people whom aid workers there have seen. But these camps are overflowing.

The U.S. remains the largest donor of financial and material aid to Syrian refugees. Some claim that the most humane thing America could do is intervene to end the war — to treat the problem rather than its symptoms. That might be needed. But Syria’s refugee crisis, much like the one that preceded World War II, cannot be solved by writing a check. Likewise, there has been no shortage of warning signs as the threat to Syrian civilians continues unabated.

It’s worth remembering that by 1944, when the Roosevelt administration belatedly created a War Refugee Board to aid victims of Nazi Germany, well over 2.5 millionJews had already been killed. The history of the Holocaust shows how bureaucratic foot-dragging can offer cover for silence in the face of mass slaughter. While it’s critical to thoroughly vet all refugees applying for asylum within our borders today, we should not let refugees’ religious or ethnic backgrounds color our actions.

Let’s face facts: Taking in 30,000 more refugees a year is barely a drop in the bucket when there are literally millions of lives at risk. Like FDR and Congress in the late 1930s, our current government could and should do more.

Lionel Beehner, an instructor at the U.S. Military Academy at West Point and a Ph.D. candidate at Yale University, is a member of USA TODAY’s Board of Contributors. The views expressed in this article are those of the author and do not reflect the official position of the Army or West Point.?

In addition to its own editorials, USA TODAY publishes diverse opinions from outside writers, including our Board of Contributors.To read more columns like this, go to the Opinion front page.