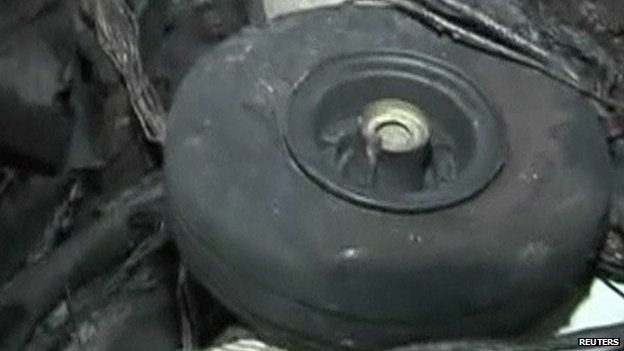 March 18, 2015 6:09 am 0
Wisdom in the Land of Israel
The Jihadists Defeat Assad, We Defeat the Jihadists
Kerry and Top State Dept Officials Split Over Syria Talks

Source: BBC News – Syria claims shooting down of US drone over Latakia

The Syrian military says it has shot down a US drone near the city of Latakia, a stronghold of President Bashar al-Assad in north-west Syria

US officials have said they lost contact with a drone but that it is unclear if it was shot down.

If confirmed it would be the first time Syrian forces have attacked a US aircraft since the start of coalition strikes against Islamic State (IS).

Syria has not been participating in the raids on IS.

The country’s state-run Sana news agency described the unmanned surveillance plane as “hostile”, without giving further details. The Pentagon said it was looking into the incident.

In a BBC interview last month, Assad said “general messages” were provided to the Syrians about the coalition strikes via a third party.

A Jordanian jet involved in the coalition strikes crashed in northern Syria last year. IS captured the pilot and later burned him alive.

Meanwhile, Syrian activists have accused government forces of using chlorine in an attack in the north-western province of Idlib late on Monday.

Two groups reported that three children were among six people killed when aircraft dropped barrel bombs filled with the toxic chemical on Sarmin.

Chlorine is a common industrial chemical, but its use as a weapon is banned by the Chemical Weapons Convention (CWC).

Syria signed the treaty after the nerve agent sarin was used in an August 2013 attack on several suburbs of Damascus that killed hundreds of people. Western powers said only the government could have carried out the attack, but it blamed the rebels.

In January, international investigators concluded that chlorine gas had been used in air raids on three villages that were blamed on the government.

Earlier this month, the UN Security Council approved a resolution that condemned the use of toxic chemicals such as chlorine in Syria, and threatened military action in case of further violations.