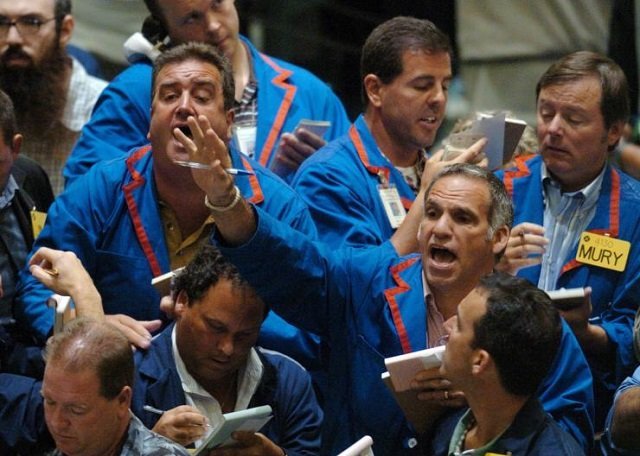 Brent crude oil has spiked to $117 a barrel recently, and markets are edgy that it may go higher as Western powers gear up for a possible attack on Bashar al-Assad’s regime in Syria, but experts say the increase in price has to do more with disruptions of oil production from Nigeria, Libya and Iraq than the debacle in Syria.

“The regional conflicts are not only related to Syria but also workers strikes in Libya, pipeline bombings in Iraq and instability in Egypt,” a U.S. Bancorp (NYSE:USB) analysis stated Wednesday. The analysis estimated that 2.5 million barrels of oil a day are currently shut in globally.

Nigeria as well has added to the increase in oil prices as its production has fallen from 2.1 million to 1.9 million barrels daily from last year due to oil theft. Libya’s oil production fell from 1.6 million to 200,000 to 300,00 barrels of oil a day due to oil strikes as well as attacks on critical infrastructure.

Charles Ebinger, director of the Energy Security Initiative at the Brookings Institution in Washington, told the International Business Times that decreases in production from Nigeria, Libya and Iraq “are not earth-shattering,” but when added to the “general uncertainty of the Syrian situation it feeds the speculators going into the market in anticipation that once a strike happens, it can send prices higher.”

The fear is that Syria, Iran and possibly its proxy Hezbollah in southern Lebanon may retaliate if attacked by the U.S., escalating the regional conflict. A possible strike and escalation of the crisis will leave U.S. allies in the oil-rich Persian Gulf insecure as they would fear a response by Iran, hiking prices, Ebinger said.

This is coupled with reports by Russia’s Interfax news agency that Moscow, Assad’s chief ally, is sending two ships to the eastern Mediterranean to represent its interests in the region and to support one of its last Arab partners.

But, Michael Elleman, a senior fellow for Regional Security Cooperation at the International Institute for Strategic Studies, cautioned that Iran and Russia have no interest in escalating the situation. While Iran may be rattling a saber at the moment, he said, it’s primarily concerned about getting economic sanctions over its nuclear program lifted by the West.

Elleman predicted that Iran would look the other way if the U.S. conducts a small “surgical” strike on its ally Assad, as long as the strike does not go “overboard.”

But if Assad does not get the message, what then? If the dictator launches another chemical attack, Ebinger said, “what would the U.S.’s game plan be? I don’t think we have a game plan,” he said.

Elleman noted that Israel launched three attacks on different targets within Syria in the last three months and there was no response from any of the players involved — Syria, Hezbollah and Iran, all avowed mortal enemies of Israel. In fact, they downplayed the strikes. “So I think that is probably a good guide for understanding what may or may not happen,” he said.