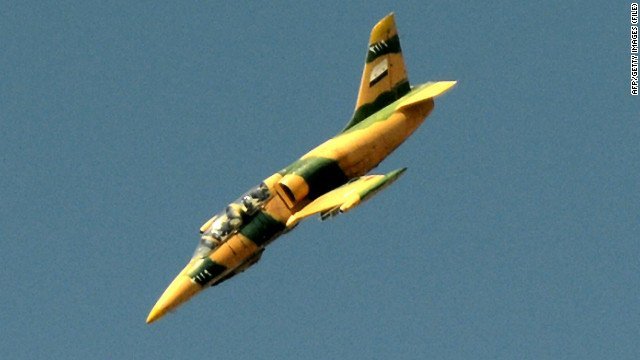 January 2, 2014 6:20 am 0
US Rapprochement with Syria:  The Bad, The Immoral, and The Wrong – Part One
Homs is Burning because It’s not the Strait of Hormuz
Hands Off Syria Arab League

Syrian warplanes bombed on Wednesday a barren range of Lebanese hills used by Syrian rebels and refugees to cross between the two countries, wounding at least 10 Syrians who were rushed to hospital in a nearby Lebanese town, Beirut’s state-run National News Agency said.

Cross-border strikes have been particularly intense this week around the town of Arsal, where thousands of Syrians have fled to escape their country’s civil war over the past months. The attack came days after Lebanese forces fired on Syrian helicopters near the border, an apparent attempt by Lebanon to signal that it would be forceful in defending its territory.

The state news agency did not explicitly say the bombing occurred on Lebanese territory. But the area they mentioned, Jroud Arsal, refers to the barren rugged hills east of the town that are within Lebanon.

Two Arsal residents said a wounded woman brought to the town after Wednesday’s air raid had died. They said three others are in critical condition. The residents spoke on condition of anonymity, fearing for their safety.

Arsal is on the other side of Syria’s rugged Qalamoun region where the government has been on the offensive for weeks, capturing a number of towns and villages in the area.

The Lebanese army did not respond to the bombardment.

Later Wednesday evening, the area was hit again, this time with rockets, the state-run news agency reported. No injuries were reported. The news agency did not say whether government forces or rebels fired the rockets that hit the Khirbat Daoud region, part of the Jroud Arsal.

On Monday, the Lebanese army fired on Syrian aircraft that they said violated the country’s airspace. It was the first time Lebanon had defended its borders from Syria’s military since the uprising broke out nearly three years ago.

Syrian forces often chase rebels sneaking in and out of Lebanon. Communities on the Lebanese side of the border dominated by Sunni Muslims have become safe havens for rebels battling the rule of Syrian President Bashar Assad.

It is one way that the Syrian conflict has been expanding into Lebanon. The conflict has exacerbated tensions between Lebanon’s Sunni and Shiite Muslims, and prompted shadowy groups to conduct attacks that have killed dozens this year.

Also Wednesday, state media and activists reported heavy clashes in the Damascus suburb of Adra, part of which was stormed by rebels last month.

Activists on the ground said opposition fighters battled with troops from Assad’s army as well as pro-government militias known as the National Defense Forces and fighters from Lebanon’s militant Hezbollah group. Hezbollah started openly backing Assad’s forces in May.

They said a number of government forces were killed as well as two Hezbollah fighters.

State TV said 21 rebels were killed in the latest fighting in Adra. Such conflicting death tolls are common.

Electricity meanwhile was cut off in the entire northern province of Aleppo due to a “terrorist” attack against main power lines, the state news agency SANA said. Syrian state media refer to rebels as terrorists.

Attacks on the country’s infrastructure have occurred periodically since Syria’s crisis began in March 2011.

The U.N. said in July that 100,000 Syrians have been killed, and has not updated that figure since. One third of Syria’s entire pre-war population of 23 million people has been displaced because of the fighting.