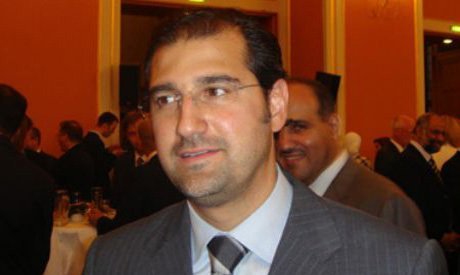 June 22, 2015 8:17 pm 0
ABC News and Extreme Islam
Does Assad Really Think He is Going to Win the War?
Happy you apologized, Mr. President

The financial assets of one of Syria’s wealthiest men — a cousin of Syria’s Assad — will remain frozen in Switzerland, the Swiss Federal Administrative Court said in a statement.

The Swiss court rejected an appeal by billionaire Rami Makhlouf to reverse a federal decision blocking an undisclosed amount of money in his Swiss accounts — which the government says helps “finance” and “support” Assad’s violent regime.

Makhlouf owns 40 percent of Syria’s largest mobile provider, Syriatel, and his assets in the Swiss affiliate of the British HSBC bank are estimated at around $30 million.

In 2008, the US treasury banned US firms and individuals from doing business with Mr Makhlouf, and froze his US-based assets. It accused him of “corrupt behaviour”, “disadvantaging innocent Syrian businessmen and entrenching a regime that pursues oppressive and destabilizing politics”.

“Makhlouf has manipulated the Syrian judicial system and used Syrian intelligence officials to intimidate his business rivals. He employed these techniques when trying to acquire exclusive licenses to represent foreign companies in Syria and to obtain contract awards,”

In an effort to clean up his image after he was vilified by opponents of Assad’s rule, Makhlouf presented himself as the principle donor to a foundation for orphans and widows, and said he wanted to separate from the Syriatel group.

Imagine, an Assad who provides to orphans instead of the one making orphans that he is. Just laughable.

But Swiss court authorities say his contribution to this foundation does not prove he has distanced himself from his cousin’s reign of terror. The Swiss court said:

“The defendant has a personal and direct interest in maintaining the current regime if he wants to keep his status and his way of life,”

This is not the first time that Makhlouf and his family have faced problems in Switzerland. In 2013, the court refused an entry visa application from his brother Hafez Makhlouf, head of the Syrian secret service.