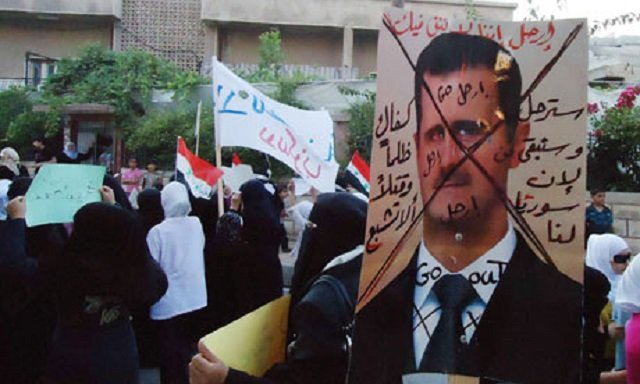 If you knew the fear most Syrians grappled with on a daily basis resulting from the Assad tyranny and terror, you should be asking yourself this question: How did so much fear turn into so much courage? How did men who shivered at the sight of Assad security men suddenly become fighters worthy of any great army?

The surprising transformation of the Syrian people witnessed by their ability to confront Hezbollah, IRGC, and soon Russian troops in battles many of which they won decisively should be a course study in military academies. The transformation of people who lived in total fear into people who have become the most feared soldiers is a phenomenon worth understanding.

Did Islam have something to do with this transformation? The indoctrination, the beliefs, the peer pressure, the promises, and the hopelessness may all have played a role in this surprising transformation.

Maybe it was seeing their loved ones perish at the hands of the Assad regime that caused this surprising transformation. The heartbreaking videos we all watched up until the summer of 2011 would transform anyone. Here is one of the first videos shot the day the uprising started on March 15, 2011.

Maybe it was the addition of so many well-trained defectors from the Syrian Army who injected the young Syrians, now carrying weapons to defend themselves, with bravery and audacity.

Maybe it was watching how the rest of the civilized world lived as compared to how Assad forced them to live that emboldened the Syrian youths to transform in front of our eyes from frightened masses to the soldiers of today defeating the Assad Army and Hezbollah.

History may never be the same for oppressed people around the world. This may be the best Syrian contribution to humanity.