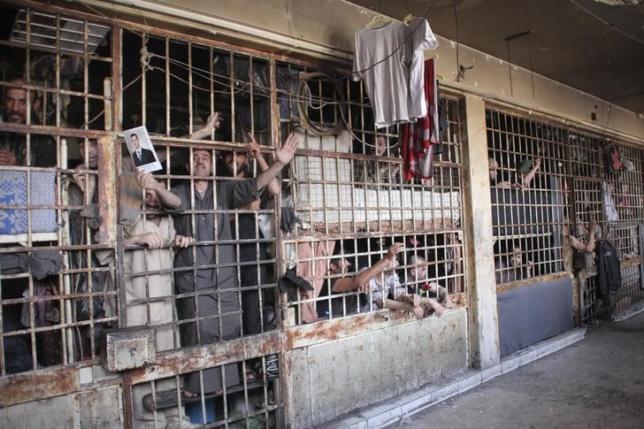 Syria, because of its civil war and command of print ink and pixels, has become the favorite target of insensitive environmentalists, left leaning politicians, and stakeholders in earth politics. For those of us who know the real reasons behind the Syrian civil war, we say to them, stop milking Syria to spread climate change propaganda.

There have been a slew of politicians who have used Syria as a propaganda platform for their climate change tales. The latest is Prince Charles milking Syria for all its worth to propagate his own climate change message.

Honestly, we do not care about climate change, nor do we have any opinion one way or the other about its existence or invention. What we know for certainty is that such virtual concepts as climate change had nothing to do with real people being tortured in real prisons and killed by the thousands by the most violent regime in modern times.

To lay blame unto the doors of some earthly concept is to dishonor the tens of thousands of people who suffered brutal tyranny under the Assad regime. Has it occurred to Prince Charles that when people are tortured, killed, imprisoned, and raped for no reason, people tend to eventually revolt? By dissing reality in favor of a theoretical belief, every politician becomes complicit in the crimes of Baschar al-Assad because their theories discount the real inhuman reasons behind Syria’s civil war.

To say that Syria’s civil war is caused by climate change is like saying the French Revolution was caused by an excess in rat population in France. The rats ate all the food and the people went hungry as a result.

We invite Prince Charles to send his secretary to become an incognito Syrian prisoner for one month in Assad’s dungeons of torture. Let us see, afterwards, whether he believes electricity to his secretary’s extremities while hanging upside down for days was the cause of Syria’s civil war or whether it was because someone ate fewer vegetables as a result of climate change. One has to taste torture to understand the real reasons behind the Syrian civil war. something that is quite foreign to Prince Charles of the House of Tudor.

So, stop milking Syria to spread climate change propaganda that has nothing to do with reality. Your theories are an affront to every Syrian who died at the hands of the murderous Assad regime. Not only that, it encourages Assad to torture even more because claimants to this false theory do not have the common sense to realize their words have consequences that is taking the lives of real people living in the Assad medieval dungeons of death.

Denying Syrians the butchery of Assad in favor of some environmental theory, helps spread terror. It goes back to the concept of justice in Islam, which is fueling an irreparably damaging grievance industry turning to extreme violence.

For Prince Charles not to realize this notion about the clash of civilizations is quite surprising.