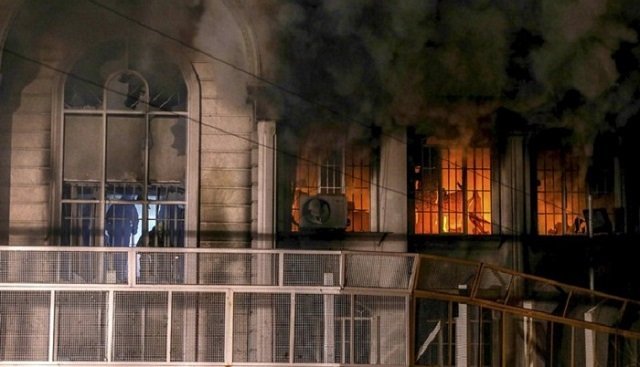 A statement from Somalia’s Ministry of Foreign Affairs announced the “decision to sever diplomatic ties”. It gave Iranian diplomats 72 hours to leave the Horn of Africa nation.

“This step has been taken after careful consideration and in response to the Republic of Iran’s continuous interference in Somalia’s internal affairs,”

It comes days after Saudi Arabia broke off diplomatic ties with Iran in response to an arson attack on its own embassy in Tehran instigated by protesters. The mob was infuriated by Riyadh’s execution of a violent Shiite cleric trained in Iran in the art of destabilizing Saudi Arabia.

Several Saudi allies have followed suit. They include Bahrain, Kuwait, Qatar, UAE, Djibouti, and Sudan. More Sunni countries will take either similar steps or downgrade the Iranian missions in their country to suppress Iranian terror and Iranian support for violence.

Iran has used its embassies as launching pads to support Shiite violent movements against their hosts. These steps to cut or downgrade diplomatic ties will limit the capacity of Iranian spies and agitators roaming free in Sunni Arab countries with the sole purpose of recruiting terrorists and radicals.