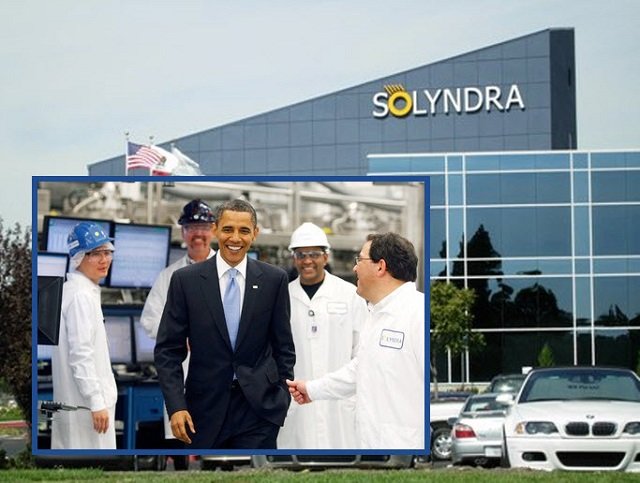 November 5, 2013 7:29 am 0
Ukrainian port eyed as analysts seek Syria’s arms source
Syrian Opposition to Post Dead Detainees’ Photos
Explaining why ISIL attracts Muslims from the US and the EU

Nepotism, cronyism, and corruption are Chicago politics trademarks. Almost consistently, in any decision many Chicago politicians make, one can find a trail of money leading to motives, goals, and purpose.

Within the context of Middle Eastern politics controlled by the same inexperienced individuals running the White House today, how does the Chicago fix fits in, or does it?

Ed Klein wrote a book entitled “The Amateur”, which highlights the MO of Valerie Jarrett in total control of the Obama agenda. On Solyndra, for example, this is how Klein explains the fiasco:

Jarrett was on the wrong side of several other consequential issues, not the least of which was her stand on Solyndra, the California solar company that went belly up and cost American taxpayers half a billion dollars. Shortly before Obama paid a visit to Solyndra, which had received a $535 million taxpayer-funded loan guarantee, Steve Westly, a prominent venture capitalist and member of Obama’s 2008 national finance committee, wrote Jarrett: “A number of us are concerned that the president is visiting Solyndra. There is an increasing concern about the company because their auditors … have issued a [warning] letter…. Many of us believe the company’s cost structure will make it difficult for them to survive long term.”

Westly wasn’t alone in warning Jarrett about Solyndra. Lawrence Summers, the director of the president’s National Economic Council, opposed the administration’s loan guarantees to Solyndra, writing in a 2009 email that “the government is a crappy venture capitalist.” Nonetheless, Jarrett gave her stamp of approval to Obama’s visit to the Bay area solar company, where he used words that would come back to haunt him: “The true engine of economic growth will always be companies like Solyndra.” Five months later, the company filed for bankruptcy, making it the third U.S. solar manufacturer to fail in a month. As of this writing, Solyndra was under FBI investigation for accounting fraud.

Why did Jarrett ignore the warnings from Steve Westly and Larry Summers? “The process for this particular loan guarantee began under President Bush,” said White House spokesman Eric Schultz, ignoring the fact that the Bush administration ultimately rejected the loan. A more honest answer to the question could be found in Valerie Jarrett’s Chicago connections, especially her close ties to the George Kaiser Family Foundation, which controlled 35.7 percent of Solyndra. The foundation had made a sizable donation to the University of Chicago Medical Center, where Jarrett once served as chairwoman and where one of Obama’s best friends, Eric Whitaker, is currently executive vice president. Billionaire George Kaiser, one of Obama’s top 2008 campaign fundraising bundlers, visited the White House no fewer than sixteen times, and Jarrett herself met at least three times with Solyndra lobbyists, who pushed for government assistance.

Jarrett’s dubious judgment on Solyndra had one unintended consequence: it focused renewed attention on Obama’s wrongheaded and naïve approach to government stimulus spending on green energy projects. Even Brad Jones of Redpoint Ventures, an investment firm with financial connections to Solyndra, saw the error of Obama’s ways. “The allocation of spending to clean energy is haphazard; the government is just not well equipped to decide which companies should get the money and how much,” Jones wrote Larry Summers. “One of our solar companies [Solyndra] with revenues of less than $100 million (and not yet profitable) received a government loan of $580 million; while that is good for us, I can’t imagine it’s a good way for the government to use taxpayer money.”

We recommend everyone to read this book. Solyndra just scratches the surface of the level of incompetency the President on down have demonstrated at every turn and the only person who has their number is Mr. Putin who is able to bully the White House with ease.

If you recall Mr. Obama also chased the Olympics for Chicago when he pitched the IOC on the merit of selecting the city that rocketed him into stardom. Behind these efforts were Mayor Daley operatives seeking fat contracts from meeting the IOC standards to host the games and behind the cronies was Valerie Jarrett who pushed Obama to this miserable failure.

We are certain Valerie must be telling the Obamas that her failures are due to the Republicans who want Obama to fail. How else can she keep her job with such dismal display of common sense and idiocy!

One wonders then, what are the real motives for the Obama Administration to give Assad a pass when no other Arab leader was spared under his administration from paying the ultimate Arab Spring price.

Of course, this is pure speculation on our part, however with an acute olfactory for chasing the money, asking such question is justifiable given the history of the people surrounding Mr. Obama and given their cronyism and nepotism engrained into their brain wiring.

Tony Rezko was, after all, a Syrian whose ties to Obama have been well documented.

Is there more to Rezko than meets the eye, which is keeping Assad in power?