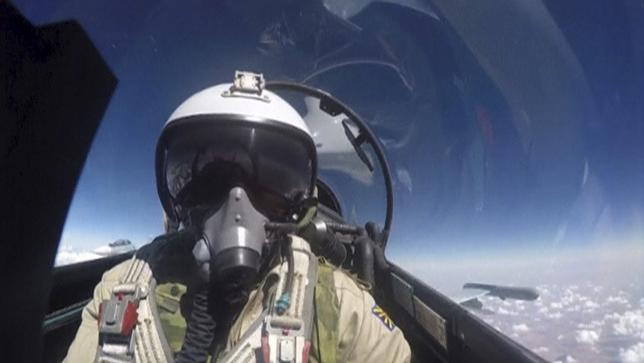 October 22, 2015 5:48 pm 0
You kill Americans you pay a hefty price
Growing Unease Over Turkish Jihadists in Syria
Obama Started ISIS When He Ignored the Syrian Moderates

The United States blasted Russia’s military strikes in Syria on Thursday, saying they were strengthening Islamic State militants, killing dozens of civilians, forcing tens of thousands more from their homes, and destroying schools and markets.

During a United Nations Security Council meeting on the Middle East, U.S. Ambassador to the United Nations Samantha Power referred to a Reuters analysis of Russian Defense Ministry data that found almost 80 percent of Russia’s declared targets in Syria have been in areas not held by Islamic State.

During the meeting, she added:

“By attacking non-extremist groups Russia has boosted, perversely, the relative strength of (Islamic State), which has taken advantage of this campaign by seizing new territory in rural Aleppo.Â Since Russia began its strikes the Syrian map has shifted in (Islamic State’s) favor.”

Since Russian air strikes ISIS holds more territories. Why? Because ISIS threatens the West more than it threatens the Assad regime. ISIS is a lifeline for Assad, and Putin is not about to destroy what keeps him in power.

The Syrian army, backed by fighters from Iran and Lebanon’s Hezbollah, has launched ground offensives against insurgent-held areas of western and northwestern Syria since Russia began air strikes in the country three weeks ago.

Power said that, according to the United Nations, these offensives had forced some 85,000 people to flee their homes. Citing Syrian monitoring groups, she said Russian strikes had killed at least 100 civilians and destroyed civilian infrastructure including schools, markets, and hospitals.

A U.S.-led coalition began bombing Islamic State targets in Syria and Iraq a year ago. Power said the nearly five-year conflict would only end with the departure of Syria’s top psychopath Baschar al-Assad.

“Supporting him now only ensures that by the time a political transition is negotiated (Islamic State) will only be stronger, it’s recruitment having been bolstered by the actions of Russia, Iran and the regime, and the Syrian state will only be weaker,”

ReutersÂ contributed to this article.