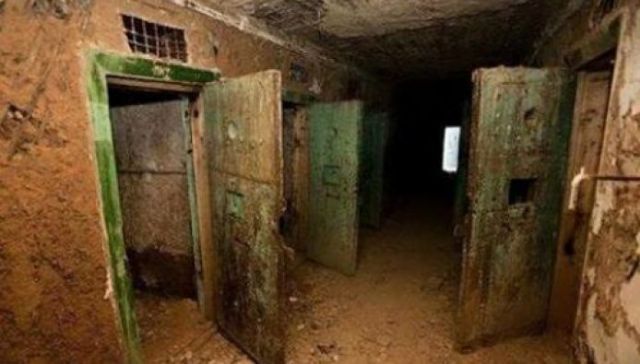 June 22, 2015 8:02 pm 0
When Peace is Worse Than War
Russia Released List of Assad Agents Posing as Opposition
A logical imperative

Women prisoners in Assad’s jails are used as a “weapon of war”, a network of rights groups said in a report Monday, documenting sexual abuse and torture of detainees.

The report published by the Euro-Mediterranean Human Rights Network (EMHRN) documents what it describes as “arbitrary” detentions and contains testimony from dozens of former prisoners with sexual abuse history..

“Women have been increasingly weaponized in Syria’s ongoing bloody war, with dire repercussions for the country’s social fabric and the prospect of ending the conflict”

EMHRN released the report on the eve of a meeting in Geneva on Tuesday of the U.N. Rights Council which is expected to address the rights situation in Syria.

The 42-page report, entitled “Detention of Women in Syria: A Weapon of War and Torture”, documents the cases of pregnant women held in jail and of mothers imprisoned with children under the age of 18.

The report details “horrendous violations perpetrated against women by the Syrian government… in a widespread and systematic manner, as well as the use of women as bargaining chips in hostage exchanges with anti-governmental armed groups.”

Women held in Assad’s prisons are subjected to “various forms of deprivation, threats, solitary confinement, as well as different forms of torture, including rape and sexual harassment,” it said.

Assad’s prisons are a nasty hive of sexual abuse and torture of women.

Their ordeal continues long after they are freed, the report said, citing people sacked from their jobs, others who were rejected by their families or forced to divorce their husbands.

Laila, a 38-year-old activist and mother of two jailed in 2013, recalled her interrogation “in a cold room full of rats” saying she was made to stand naked and was menstruating at the time.

Another prisoner, Sawsan, said she was raped by 10 members of the security forces — the first time in front of her 16-year-old son.

Other women said they were forced to make false confessions and to say they had practiced “jihad sex” with rebels fighting the regime. Next time someone reads “jihad sex” anywhere, think of the high possibilities Assad inventing it as a propaganda tool.

“Intense efforts need to be made at international level in order to provide women who have been exposed to grave violations with adequate rehabilitation and protection mechanisms,”

It is estimated that more than 200,000 people, including thousands of women, are held in Assad’s prison of sexual abuse and torture.

In the meantime, Obama just enjoyed another round of gold. What Syrian women, he asked?