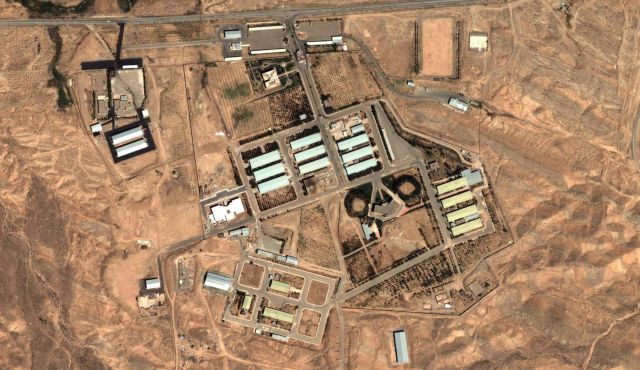 Those who know the Middle East well are reminded constantly of two facts: The neighborhood is always in turmoil. If Arab-Israeli wars are not raging, then Islamic terror is. If Arab strongmen are not gassing their own people, then it is Muslims blowing-up other Muslims, same or different sects makes no difference.

Whomever coined the sentence “This is a rough neighborhood we live in” may have understated reality. That person understands the danger of Iran and its impact on Arab secret nuclear programs.

Secondly, the West faced with stabilizing the unstable often relies upon its own culture and understanding of human behavior. Most policy makers cannot help it because they cannot wear our skins and when they trust us with finding solutions, we are as colorful as rainbows are with many Arab reformers still embracing ideologies and platforms that date back from the monarchies of early 20th century to today’s latest craze of income equality. Whatever solution we define, there are a thousand skeptics lined-up to shoot it down. No wonder the West often mistrusts organic solutions.

In the midst of this complexity lies a truth tested by time and the infallibility of humans represented by the Sunni-Shia schism. From that tree, it is unfortunate to say that all trunks and branches are maps not only to our own history, but also to our own weaknesses as a civilization built on religious edicts. Sunni vs. Shia or vice versa is the ageless elephant in the room generations of Arab Muslims are reminded of constantly as long as bearded religious men lead us politically.

Both sects are determined to exterminate the other and that part no one amongst the Einsteins running the White House today are privy to otherwise the Iran Deal would have never been concluded.

Keeping both Muslim sects at bay by keeping a balance represents the most effective stabilizing policy. Hélas, with Mr. Obama taking sides, that stability has been shattered, which has effectively tipped the balance in favor of one sect against another. Iran practiced terror to counter for its lack of western support, but since it will continue its Uranium enrichment program and continue to use terror as a tool after the US Deal, our bet are that the Arab countries are planning secret nuclear programs of their own under Obama’s nose to re-create the balance Obama destroyed with his Iran Deal. They have already announced a professional Gulf army of up to 100,000 tribal volunteers.

On the surface, Arab countries will be abundantly friendly and will abide by passive appeasing policies and diplomacy; however, make no mistakes about it the Arabs are out to protect themselves from Obama’s inglorious gaucherie by building their own secret nuclear programs. Anyone who thinks this is not the case is clueless about Sunni Islam or the culture of Arabs. Our tragedy can only be delayed until Reformation takes place because Shias and Sunnis will never make peace as long as religious men or regimes run countries.

If, and when, the US gets wind of these secret nuclear programs, the Obama Administration will be paralyzed to block them. This paralysis is the result of two realities: Obama’s feckless behavior on the international stage and Obama’s stake in the Iran Deal. Admitting publicly that several Arab countries are pursuing their own secret nuclear programs is tantamount to admitting the failure of yet another foreign policy directive. The Arab countries know it and the race is on to protect themselves from an over-aggressive Iran Mr. Obama believed it is best for the region to weaken U.S. allies.

We are entering a new Middle East nuclear phase to eclipse the suicide bombers, the rockets, and the missiles threatening the region.

Will another year of more turmoil be enough for Obama to change course again the way he changed his rudder’s course on the Muslim Brotherhood (Without ever admitting his mistake)? Maybe. However, never forget that we have a slow learner on the job in the White House who is too superior to us humans to admit his mistakes.

A this point, I think the US Senate, in favor of more Iranian sanctions, is far ahead of Mr. Obama’s knowledge or perception of the danger of secret nuclear programs Arab countries may be developing to protect themselves from an overly aggressive Iran.

If only he stops from accusing his own Senators of warmongering when his own policies are the ones truly leading the US to war for the next US President and for the whole region.