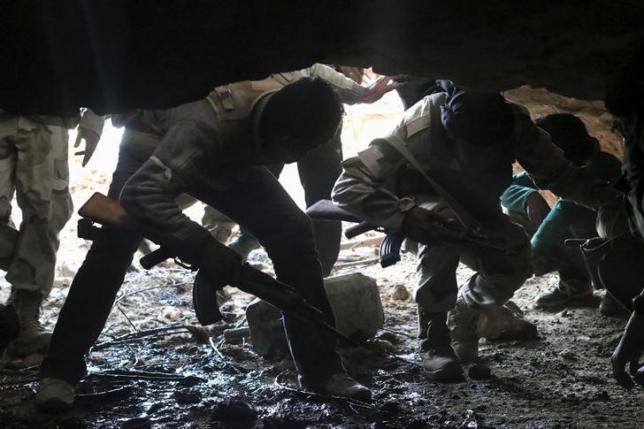 August 11, 2015 2:30 pm 0
Reconciliation without Assad
It’s a Numbers Game, Stupid Assad Regime!
What Happens in Syria, Does Not Stay in Syria

It is high time to save the innocent Christians and the innocent Alawites in Syria from the Assad clutches of terror. As Islamists and rebels advance on Sahl al-Ghab, only the demise of Assad, and the prosecution of some 150 military and security personnel surrounding the Assad family can save the minorities.

Only if we can show Syrians Assad no longer matters, can we stop the slaughter of innocent Christians and Alawites now, more than ever, facing the rage and the revenge of hardcore Islamists intent on punishing the innocent for the crimes of the few.

It matters little whether the minorities supported Assad in the past. So did Syrians support ISIS and al-Nusra. What matters is saving both sides from the extremists ruling and the extremists who want to rule.

The international community must devise a peace proposal to save Christians and Alawites and to unite all Syrians who are not engaged in the war in order to stop those who seek war through terror. If the Muslim community witnesses a serious effort to punish Assad for his crimes, and the minorities witness a real effort to save them from the clutches of Assad and to guarantee their security from the Islamist terrorists, both sides will come together to formulate a cohesive plan for a new government that will defeat terror and extremism on both sides.

Bury the hatchet. Bury our feelings. Bury the past. Save Christians and Alawites from the clutches of Assad because if you read their Facebook postings and Tweets, you realize they regret very much following Assad and his machine of terror. The minorities are ready to quit on Assad, and we need to help them by guaranteeing their safety in a new Syria.

Putin could care less to save Christians and Alawites because if he did, he would have quit on Assad a long time ago in favor of a new Syria that protects its people, not submit to Russian interests. Do not let Putin or Khamenei dictate the fate of Syrians. One wants to avenge a lost Cold War, and the other wants to destroy Israel. Both are using Syrians to fulfill their twisted agendas.

Syria cannot rebuild itself without the help of the Syrian moderates represented by every sect in the country. Assad worked very hard to project Syria as a country of Islamists and terrorists when the truth is the opposite. The Syrian people co-existed peacefully long before Assad and will co-exist peacefully long after he is gone.

Syria is a diverse country just like Lebanon. Syria is not Libya, or Egypt, or Yemen.

Time to save Christians and Alawites from the clutches of Assad. Is it not what U.S. diplomats usually do? Negotiate to remove all hurdles to peace? Assad is a hurdle and must be removed.

Why Assad Is So Violent? Because Sunnis Employed Alawite Maids
Aleppo is Costing Too Many Alawite Lives
Islamist Heat Rising Against Syria’s Alawites
Assad Genocide 429