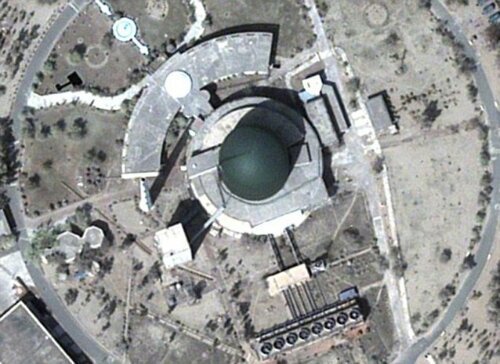 Saudis to Buy Nuke from Pakistan in Response to Iran Deal

Saudi Arabia had made the “strategic decision” to purchase a nuclear weapon from Pakistan amid the ongoing negotiations over Iran’s nuclear program, a former American defense official said in a report published today in The Sunday Times.

“There has been a longstanding agreement in place with the Pakistanis and the House of Saud has now made the strategic decision to move forward.”

While the official did not believe “any actual weaponry has been transferred yet”, it was clear “the Saudis mean what they say and they will do what they say”, following last month’s Iranian outline nuclear deal. …

Asked whether the Saudis had decided to become a nuclear power, the official responded: “That has to be the assumption.”

The assessment is shared by an American intelligence official who spoke to the Times, saying that “hundreds” of CIA employees are trying to determine if Pakistan has already supplied any nuclear technology to Saudi Arabia.

Other experts, including two former American secretaries of state, a former official of the International Atomic Energy Agency, and the editor of the influential magazine Foreign Policy, have recently warned that the emerging nuclear deal with Iran could lead to nuclear proliferation in the Middle East.

Congratulations to President Barack Obama are in order for his detrimental Middle East policies driving terror, an arms race, and religious wars to last 100 years.

Saudis to Buy Nuke from Pakistan in Response to Iran Deal