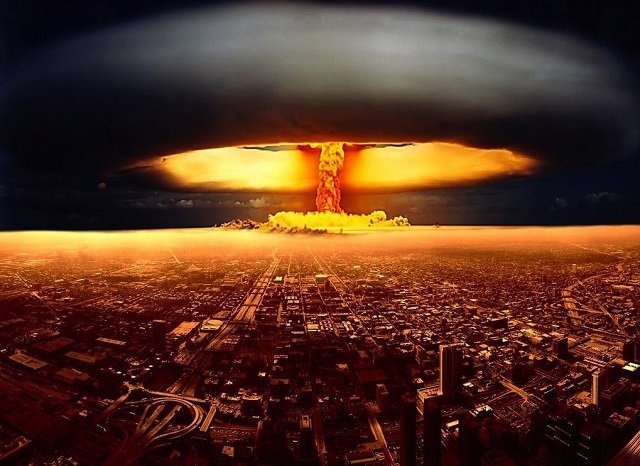 November 17, 2013 12:32 pm 0
Assad Making Obama Look Like a Fool
Is Obama paving for a nuclear Iran intentionally?
If Israel Makes Arabs Mad at the U.S., Our Partnership With Iran Will Make Them Even Madder

For those who misunderstood the message Saudi Arabia intended to send when it refused to occupy a seat on the UN Security Council and when it publicly flagellated Mr. Obama’s policies on Syria and Iran, permit me, as someone who was immersed in Saudi politics, to enlighten you.

In October of 1973, the Arab Members of the Organization of Petroleum Exporting Countries (OAPEC), led by Saudi Arabia, imposed an oil embargo against the US for supplying weapons to Israel during the 1973 Yum Kippur War. That surprise move had a calamitous effect on the US economy during a difficult period when the Vietnam War was still raging and Washington was in the midst of the Watergate scandal.

Six days after the Yom Kippur War erupted, President Richard Nixon authorized an overt airlift, dubbed Operation Nickel Grass, to deliver weapons to Israel once it became clear the Soviets were airlifting massive amount of weapons to Syria and Egypt. Four days later, on October 16, 1973, OAPEC announced its embargo. It took 10 days from the Yom Kippur War start date until OAPEC announced their embargo. In diplomatic terms, this is unprecedented in its speed when you compare how long the Western sanctions against Iran have been scattered over time.

Reel forward to September 10, 2013 when President Obama wrapped his Syria flip-flop by deciding against punishing the Assad regime for gassing its own people three weeks earlier. Mr. Obama’s moonwalk on Syria had immense consequences that began to unravel soon thereafter. One of those consequences was the Saudi refusal to take a seat on the UN Security Council attributing it later to Washington’s flippant policies on Syria and Iran.

On October 18, a little over a month after Saudi Arabia realized the Syria policy has resulted in Mr. Obama’s negotiating a deal with Iran, the Kingdom aired its grievances against Mr. Obama’s policies publicly, a rare sight given the al-Saud prefer discretion over publicity.

Prior to the airing of their grievances, Prince Bandar bin Sultan, Saudi Intelligence Chief, told some European Diplomats that Saudi Arabia is poised to make a “major shift” away from its time-tested alliance with the United States. No one really knows what that shift is to this day. Airing grievances is not a policy shift as many assumed it is.

“… {B}ut Bandar’s bigger problem may be Bandar. He has put the resources and prestige of the Kingdom of Saudi Arabia on the line again and again in recent years, and with very little to show for it. Syria remains a blood-drenched disaster practically on the Saudi doorstep. Iraq is sliding every deeper into a new sectarian civil war between Shiites (more or less supported by Iran), and Sunnis (more or less supported by Saudi Arabia).”

Towards the end, Dickey states:

“Last year, according to Saudi sources who’ve worked closely with Bandar, he told King Abdullah that he could solve the Syria situation in a matter of months. The previous intelligence chief, Abdullah’s half brother Prince Muqrin, had not been able to make much headway. But Bandar, as it turns out, has not been much of an improvement.”

It is clear Christopher Dickey is blaming Prince Bandar for the Saudi public outrage against President Obama; however, his article misses a grand point partially found in the 1973 oil embargo.

Saudi Arabia does not conduct its foreign policy on the whim of one man; not even the King himself. The slow and calculated deliberations that take place behind the walls of their Palaces reflect a Bedouin quality of not jumping the gun every time a crisis erupts. During Desert Storm, it took the US several attempts to enlist the participation of Saudi Arabia to include several UN Resolutions, some, like UN resolution 678 giving Saddam a deadline to evacuate Kuwait, was one King Fahd insisted upon. It also took very high-level meetings involving Secretary of Defense Dick Cheney and Secretary of State James Baker before the Saudis were on-board as part of the Coalition to oust Saddam from Kuwait.

For one who has observed Saudi Arabia for a good part of his life, refusing a seat on the Security Council is a 1973 oil embargo like-act but with two caveats. Instead of surprising the US as King Faisal did in 1973, Saudi Arabia is giving Mr. Obama the chance to reflect upon his policies and re-align US interests with those of her allies, and unlike 1973, when Saudi Arabia was aiding two Arab countries, this time around, by contrast, Saudi Arabia is saving herself because Iran represents an existential threat. If Mr. Dickey believes Prince Bandar’s comments are just the frustration of an ill-prepared man with lots of foreign and intelligence experience, then he should read more about Saudi Arabia.

Lack of understanding of how the Saudi foreign policy operates (My father wrote a book on this subject) and lack of understanding of what the Saudis intend to do should Mr. Obama choose to strike a bad deal with Iran is tantamount to a very dangerous precedent on the part of President Obama. Do not be surprised if Saudi Arabia tests a nuclear weapon soon after giving Mr. Obama every chance to recalibrate his compass. This, in my opinion, is the “major shift” Prince Bandar talked about to the European Diplomats. Mr. Obama empowering Iran represents an existential threat for the Saudis with an infinite number of national security consequences al-Saud cannot afford to risk no matter the cost.

As the 1973 oil embargo shocked the world, Saudi nuclearization will have the same effect. Unless this US administration simply sits on its laurels just because the Daily Beast said so or analyze Saudi foreign policy around the style and the personality of prince Bandar.

Mr. President, abandon Iran and Syria or you will be looking at the Saudi nuclearization, and that of Turkey, and Egypt to protect themselves from your ill-advised policies. Reasoning with a country intent on building its civilization on the corpses of their neighbors is like reasoning with Hitler to save the Jews of Europe from Himmler.