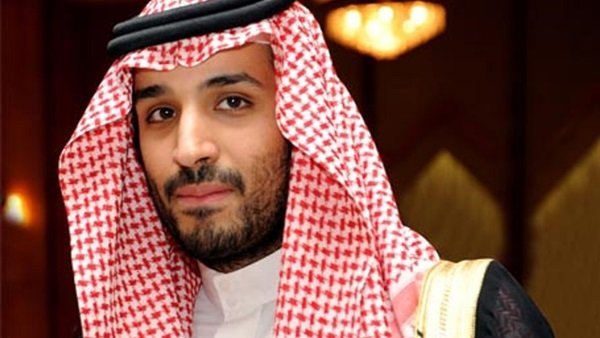 June 18, 2015 8:54 am 0
Stop the barrel bombs: the deadliest weapons in Syria’s civil war
Did Assad Threaten to Gas Other Countries?
The Iran deal helps perpetuate the slaughter in Syria

TFS Note: Saudi Defence Minister Mohammad bin Salman has more leverage today than during Saudi’s last visit when Bandar Bin Sultan met also with Putin. Jaish al-Fateh, backed by Saudi Arabia, is having a permanent negative impact on the Assad’s regime and on Russian interests. Let us see how pragmatic Putin is going to be this time around. This meeting has the potential of removing Assad from power thus limiting ISIS expansion.

Prince Mohammed bin Salman, Saudi Arabia’s defence minister, is travelling to Russia this week as the oil-rich kingdom and US ally tries to build bridges with President Vladimir Putin.

The 30-year old deputy crown prince, who has led the kingdom’s air war in Yemen, will meet Mr Putin on the sidelines of the St Petersburg International Economic Forum on Friday for talks that show how Moscow is searching for new approaches to the Syria conflict.

Russia has been a high-profile supporter of the regime of Bashar al-Assad, which is locked in a bloody four-year civil war against rebel groups including jihadis such as the Islamic State of Iraq and the Levant (Isis). Saudi Arabia is supporting secular and “moderate” Islamist rebels in the hope of unseating Mr Assad.

Prince Salman’s visit comes as the US and Gulf states also seek to encourage Russia in support a political transition away from Mr Assad.

Since King Salman ascended to the throne in January, Riyadh has refocused its efforts on checking its regional rival Iran, adopting a more interventionist approach including launching an aerial bombardment on Tehran-allied rebels in Yemen.

In Syria, Saudi Arabia has sought to rebuild its frayed ties with Turkey and Qatar as a way of fostering co-operation among disparate rebel groups. Turkish-Qatari support for Islamist rebels in Syria has allowed Jabhat al-Nusra, an al-Qaeda affiliate, to make gains against the Assad regime while the Saudis have supported secular fighters in the south of the country.

Mark Katz, a politics professor at George Mason University in the US, said Riyadh’s argument was that “since Assad is going to fall anyway, it would be best if Russia worked with Saudi Arabia to improve the chances that a ‘moderate’ government will [replace his regime]”.

By contrast, he said, Moscow’s continued support for Mr Assad could weaken the rebels, putting groups such as Isis and al-Nusra in pole position to take power if the regime falls.

Nikolay Kozhanov, an analyst at the Chatham House think-tank, said Russia had become frustrated by Mr Assad’s refusal to open dialogue with secular opposition forces, given the rising jihadi threat.

An Iranian diplomat in Moscow said Moscow was playing a dual game over Syria.

“Russia is trying to keep different tracks right now?.?.?.?[It is] supporting the Syrian government [and] trying to gain influence in opposition groups and getting ready for a future without Assad,” he said.

Although Russian weaponry remains vital to Mr Assad, Moscow has cut its presence in Syria substantially, pulling out about 100 military advisers.

Yet Russia is not ready to drop Mr Assad because the secular opposition is weak and Moscow remains resolutely opposed to Islamists, according to one former Russian diplomat.

Despite their differences over Syria, a thaw in Iran-US relations is another area of potential common interest between Riyadh and Moscow.

Gulf states are increasingly alarmed at the speed of President Barack Obama’s move towards a nuclear deal with Tehran that could be clinched by the end of June and lead to an easing of sanctions.

Mr Katz said Prince Salman would stress to Mr Putin that “Russia’s efforts to cultivate Iran will have been wasted and that Russian interests would be better served through co-operating with Saudi Arabia”.

Yuri Ushakov, Mr Putin’s foreign policy adviser, confirmed that Syria would be on Friday’s agenda, saying the meeting would give “a real, practical impulse for the co-operation of the two countries”.

Arms sales, including Saudi interest in the Iskander 3 missile system, will also be discussed along with co-operation over Russia’s Glonass satellite system and in the energy and agriculture sectors.