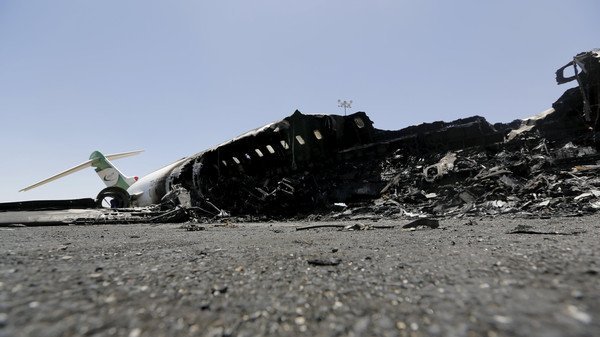 Iran’s Foreign Ministry has summoned the top Saudi diplomat in Tehran over the kingdom’s action this week that prevented an Iranian plane with humanitarian aid from landing in the Yemeni capital.

Thursday’s statement said Iran formally protested to the Saudi chargé d’affaires after Saudi jets bombed and destroyed the runway at Sanaa’s airport on Tuesday, preventing the plane from landing. Another plane that was on the tarmac was destroyed in the bombing.

Saudi Arabia responds to Iranian piracy of the Maersk Tigris ship carrying goods from Jeddah to the UAE, which was hijacked in the Strait of Hormuz two days ago.

US maritime litigation lawyer Bruce Paulsen, a specialist in Iranian sanctions and Somalia piracy, told IHS Maritime: “Unless there is some commercial reason for this [incident], it is akin to a hostage taking situation.”

He said: “The Maersk Tigris to my knowledge is on a liner service that regularly goes through that space from Jeddah to the UAE. These ships have a right of innocent passage through the Straits of Hormuz. This is just a ship on a regular route, doing its regular passage to which it has a right. The fact that the ship has been interdicted is quite astounding. It is an international incident, interfering with international shipping.”

Saudi Arabia responds to Iranian piracy by destroying what looks like weapons delivery to the Houthis in Yemen disguised as humanitarian aid.

Iranian state TV at the time said the Iranian plane was carrying medical supplies and made its way back to Iran after being unable to land. Iran is known to deliver weapons to the Houthis.

A Saudi-led coalition has been targeting Yemen’s Iran-backed Shiite rebels, known as Houthis, and their allies since March 26.

AP and IHS Maritime contributed to this report.