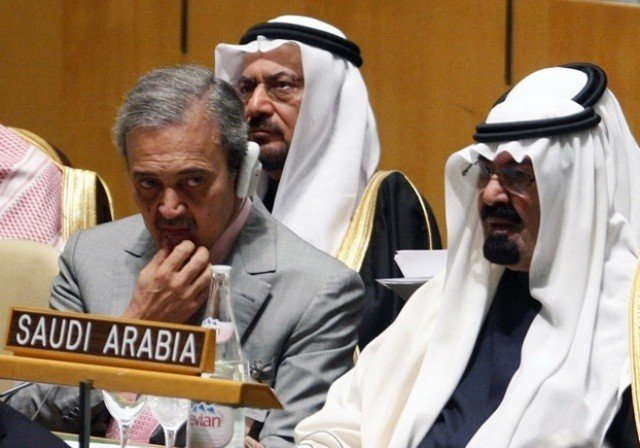 Saudi Arabia has called for an “emergency” meeting over what is happening in Syria citing “growing evidence pointing to war crimes,” and the lack of implementation of previous agreements regarding the conflict, a letter sent to the U.N. General Assembly dated Feb. 7 showed.

“U.N. officials have been repeatedly expressing their frustration and disappointment at the lack of progress in addressing the grave humanitarian situation and growing body of evidence pointing to war crimes and crimes against humanity,” it said.

It also went on to say that there was a “lack of full implementation of the Security Council presidential statement date Oct. 2, 2013,” which is “unacceptable.”

In a 2013 statement, the Security Council repeated its calls for the immediate humanitarian assistance to Syrians, especially those who live across the conflict lines.

On Saturday, Syria’s Red Crescent said it delivered food and medical aid to the rebel-held areas of Homs that have been under siege by government troops for more than 600 days.

Saudi Arabia’s letter highlighted the Syrian rivals’ inability to reach to an agreement.

“Although the parties agreed to reconvene in Geneva on Feb. 10 of 2014 for the second round of talks, the inability to reach an agreement in the first round to alleviate the suffering of the Syrian people is an urgent issue of serious concern for the international community.”

On Friday however, in a sign of progress, resident of the besieged city of Homs were evacuated, executing the first stage of a deal mediated by the United Nations that stipulates a three-day ceasefire to allow humanitarian aid to enter the city.

On Sunday, a total of 600 people were evacuated from Homs, the Associated Press reported.

The Syrian Observatory for Human Rights confirmed that “more than 500 civilians” were evacuated Sunday, in compliance with the U.N. deal.

Television footage showed women, children and elderly men getting off the buses that brought them out of the besieged areas.

Meanwhile, the Syrian delegation arrived in Switzerland on Sunday to begin a second round of peace talks with the opposition.