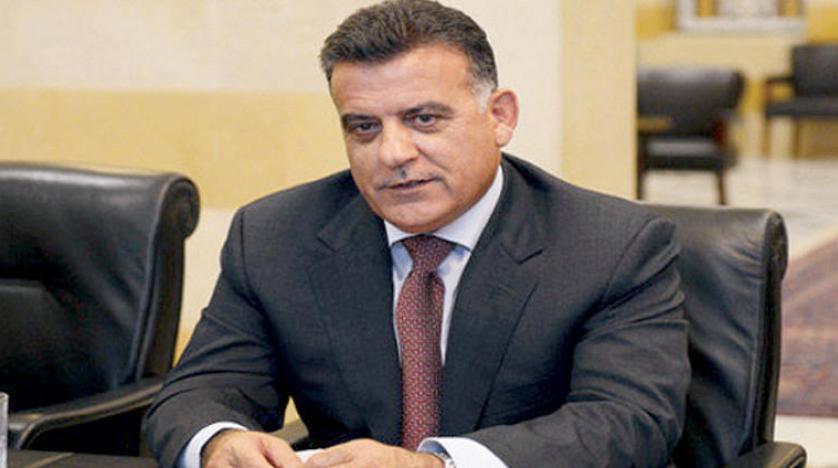 The United States must sanction Lebanese Major General Abbas Ibrahim for his Hezbollah / Iran bidding. Ibrahim is but a political proxy extending the influence of the Assad regime and its protectors in Hezbollah and Iran.

Al-Sharq al-Awsat wrote an article accusing Ibrahim of handing over non-Islamist Syrian dissidents to the Assad regime where they most likely end up dead in his dungeons of torture.

When we let Iranian proxies dictate the tempo of Iran’s political beat, we are invariably strengthening Iranian presence in Lebanon. This must stop through sanctioning individuals who use their positions to advance Iranian self interests.

Here is in full the article al-Sharq al-Awsat wrote:

According to unnamed sources cited by multiple media outlets, the 30 were transferred by intelligence security forces to Damascus. But this is a claim strongly denied by Ibrahim.

He, in a phone interview with Asharq Al-Awsat, affirmed that Lebanese authorities have not handed any Syrian dissident to Damascus, but stressed that the Lebanese law bans unregistered entry and allows deporting any Syrian who entered the country illegally.

THE IRANIAN PROXY ADMITS HIS CRIME

“Those who were returned to Syria, have entered Lebanon surreptitiously in the last few days and have no security files in their country,” Ibrahim told Asharq Al-Awsat.

They were reportedly summoned as part of a sweeping security campaign against illegal foreign workers.
Underlining that Lebanon has not handed any dissident to Syria over the past eight years, Ibrahim rebuffed the claims with irony, asking: “so why now?”

STOP IRANIAN PROXIES IN LEBANON. ALL OF THEM

Elaborating on the fresh waves of security campaigns finding, seizing and deporting Syrians who entered Lebanon illegally, Ibrahim said: “There is a decision by the Higher Council of Defense in Lebanon on April 24, 2019 to prevent the illegal entry of any Syrian, and demanding the return to Syria of all those who enter surreptitiously. We are applying this decision no more and no less.”

“The Lebanese General Security (when deporting Syrians) is acting based on a Cabinet decree approved on 31 December 2014. Seeking to restrict the flow of more Syrian refugees into the country, the decision made the conditions for the entry of Syrians to Lebanon even more difficult,” Human Rights lawyer Nabil Al Halabi, who is also a member of the Lebanese Institute for Democracy and Human Rights, dubbed LIFE, told Asharq Al-Awsat.

Voicing LIFE’s position on the state decision to curb the influx of Syrian asylum seekers, Halabi said “it violates human rights and the Convention Relating to the Status of Refugees.”

Despite the efforts poured by NGOs to counteract this decision, Halabi noted: “there is a strong political and media campaign that reach the point of directing threats at human rights organizations and warns against interfering with the issue of deporting refugees.”