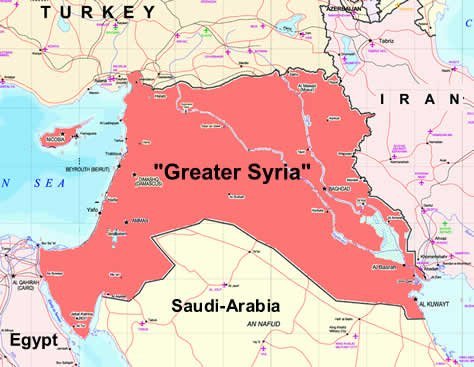 Russia has claimed to have taken back almost 200,000 square miles of Syrian territory from extremist groups such as the Islamic State militant group (ISIS)—but critics have pointed out that Syria is only just over 70,000 square miles in size.

Defense Minister Sergei Shoigu boasted of the achievement in state news agency RIA Novosti on Tuesday night, saying Russia had liberated “500,000 square kilometers” from Islamists since its campaign in Syria began in 2015.

But that figure is almost three times Syria’s official size, according to United Nations data, a point that non-state-run news outlets in Russia were quick to point out.

Liberal and independent news outlets such as radio stations Echo of Moscow and Radio Free Europe picked up on the apparent gaffe, as well as some of Russia’s more popular news sites such as Lenta. In neighboring Ukraine, the comments caused much ridicule as state-run Ukrinform was among the first to point out the error, while the Kiev-based UNIAN news agency declared: “Shoigu has embarassed himself.”

The comments overshadowed some of the more plausible statistics Shoigu announced during an international meeting in the Philippines, including that 998 Syrian towns have been recovered from militant groups since Russia intervened in the Syrian conflict.

“The largest part of the fighters has been eliminated,” Shoigu said, claiming that ISIS now held no more than 5 percent of the country’s territory. “The process of restoring peaceful life…has begun.”

While Moscow has denied reports of causing any collateral damage or civilian deaths over the two-year bombardment, independent reports have suggested that during some months, Russia has in fact spilled more civilian blood than even ISIS.

Some of the most serious allegations against the Russian campaign include the hit on humanitarian facilities such as a Médecins Sans Frontières–supported hospital in February.

Moscow began its campaign predominantly bombing parts of Syria where ISIS had no large presences, and has not elaborated on which extremist organizations appear on the “list” it is targeting, besides ISIS and a local Al-Qaeda affiliate Jabhat Fatah al-Sham, formerly known as the al-Nusra Front.

In August, Reuters estimated that the number of Russian deaths in Syria was more than three times its official figure of 12 at the time.

Although support for the operation has faded at home, Russia’s intervention has successfully emboldened the once-embattled Assad regime, provided testing ground for new Russian military kit and made Moscow a necessary diplomatic destination for regional leaders to visit.