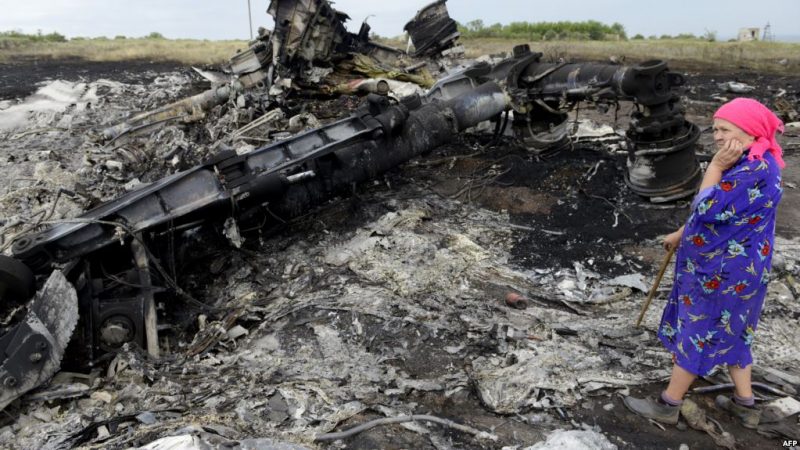 December 28, 2018 6:31 am 0
Besides Killing Civilians, Doping His Athletes, and Poisoning Rivals
The Struggling Souls of Free and Liberal Syrian Dissidents
Russia Informs the UN It Will Resume Bombing Hospitals in Syria

The ministry, which did not specify which flights had been threatened, added that Syrian air defenses had destroyed 14 of 16 Israeli missiles launched against unspecified targets near Damascus on Tuesday.

The Soviet Union (now Russia) have a long history of intentionally shooting down civilian airlines. Wikipedia lists them by date

Kaleva OH-ALL was a civilian transport and passenger plane operated by the Finnish carrier Aero O/Y, shot down by two Soviet Ilyushin DB-3 bombers on June 14, 1940, while en route from Tallinn, Estonia, to Helsinki, Finland… A few minutes after taking off in Tallinn, Kaleva was intercepted by two Soviet Ilyushin DB-3T torpedo bombers. The bombers opened fire with their machine guns and badly damaged Kaleva, causing it to ditch in water a few kilometers northeast of Keri lighthouse. All seven passengers and two crew members on board died.

Korean Air Lines Flight 902 (KAL902, KE902) was a civilian Boeing 707 airliner shot down by Soviet Sukhoi Su-15 fighters on April 20, 1978, near Murmansk, Russia, after it violated Soviet airspace and failed to respond to Soviet interceptors. Two passengers died in the incident. 107 passengers and crew survived after the plane made an emergency landing on a frozen lake.

Korean Air Lines Flight 007, also known as KAL 007 or KE007, was a Korean Air Lines Boeing 747 civilian airliner shot down by a Soviet Su-15TM fighter on September 1, 1983, near Moneron Island just west of Sakhalin island. 269 passengers and crew, including US congressman Larry McDonald, were aboard KAL 007; there were no survivors. An official investigation concluded that pilot error in configuring the air navigation system caused the course deviation.

On July 17, 2014, Soviet-made Buk surface-to-air missile operated by prop-Putin rebels near Donetsk, Ukraine hit Malaysia Airlines Flight 17, a Boeing 777-200ER, flying from Amsterdam to Kuala Lumpur. The missiles killed all 283 passengers and 15 crew, among which were 80 children. The Netherlands and Australia held Russia legally responsible for the downing of Malaysia Airlines Flight 17.

These incidents do not include several other civilian airliners shot down by proxies of the Soviet Union; to include countries like Bulgaria and several African nations during the Cold War and Georgia after the Russian invasion.