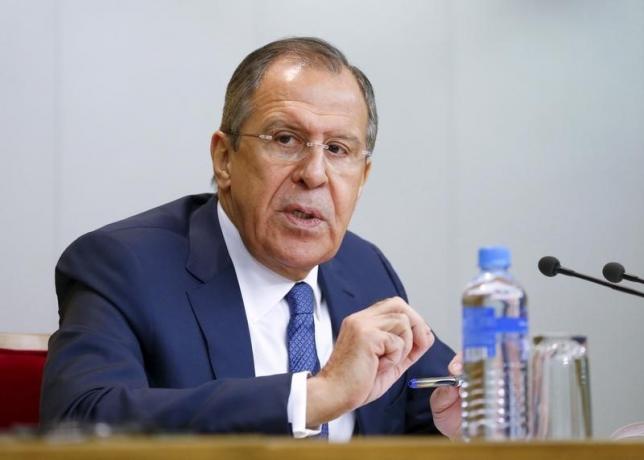 If Russia Invaded Syria, Why Not Turkey?

Russia has evidence that Turkish troops are on Syrian territory, Russian Foreign Minister Sergei Lavrov said in an interview broadcast on Sunday, accusing Turkey of a “creeping expansion” on its border with Syria. If Russia invaded Syria, why not Turkey invade with its own troops?

What gives Russia the right to dictate in Syria when the majority of the Syrian people are opposed to its meddling in Syrian affairs?

The comments by Lavrov are the latest confrontation between Moscow and Ankara, after Turkish jets shot down a Russian warplane near the Turkish-Syrian border in November.

“Turkey has started to declare it has a sovereign right to create some safety zones on Syrian territory,” Lavrov told Russian television channel Ren-TV. “According to our data, they have already ‘dug themselves in’ several hundred meters from the border in Syria. … It’s a sort of creeping expansion.”

Lavrov also said that Russia would insist the United Nations invites Kurds to peace talks on the Syrian conflict despite Turkey’s opposition.

Russia and Turkey are on opposing sides of the five-year-old conflict in Syria. Relations between the two countries nosedived after the downing of the Russian plane, which President Vladimir Putin called a “stab in the back”.

Lavrov added to Ren-TV that Russia was willing to coordinate its actions in Syria with the United States so that the city of Raqqa could be taken back.

Washington fell for Lavrov lies in the past and there is no indication anyone at Foggy Bottom learned their lessons.

If Russia Invaded Syria, Why Not Turkey?