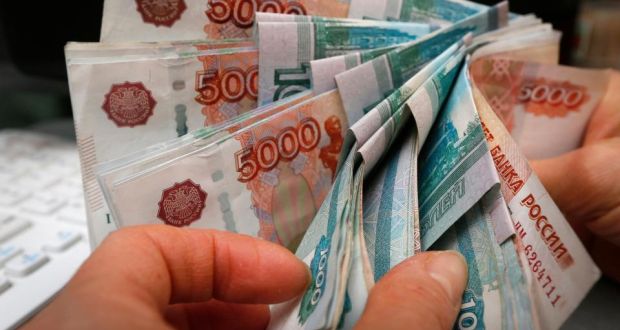 October 30, 2017 11:05 am 0
Is Obama Looking Forward to Target Syria with Drones?
To fix foreign policy mistakes, President Obama must first admit them
Will Arab League Invite Iran Into the Chicken Coop?

When the Russian president, Vladimir Putin, meets his US counterpart, Donald Trump, at this week’s G20 summit in Hamburg, he will not be doing so from a position of economic strength. To be sure, despite the steep drop in oil prices that began three years ago, Russia has managed to escape a deep financial crisis. But while the economy is enjoying a modest rebound after two years of deep recession, the future no longer seems as promising as its leadership thought just five years ago. Barring serious economic and political reform, that bodes ill for Putin’s ability to realize his strategic ambitions for Russia.

Back in 2012, when Putin appeared onstage with the Nobel laureate economist Paul Krugman at a Moscow bank conference, Russia’s 1998 economic crisis seemed a distant memory. With oil prices well over $100 a barrel, the government’s coffers were bursting. So Putin could proudly contrast Russia’s government budget surplus with the large recession-driven deficits across the west. He surely delighted in having Russian audiences hear Krugman’s view that western democracies had come up badly short in handling the global financial crisis.

In a different session, Russian academic economist Sergei Guriev (who later had to flee the country) argued there was no hope for diversification of Russia’s resource-based economy as long as institutions such as courts were so weak. Too many key decisions rested with one man. Speaking in the same session, I emphasised that without fundamental reforms, a sharp drop in global energy prices would create profound problems.

Inevitably, that drop came, with prices plummeting from $119 in February 2012 (for Brent crude oil in Europe) to $27 in 2016. Even the current level (under $50 in early July 2017), is less than half the 2011-2012 peak. For a country that depends on oil and natural gas for the lion’s share of export revenue, the price collapse has been a massive blow rippling through the economy.

The fact Russia has avoided a financial crisis is remarkable – and largely due to the efforts of the Central Bank of Russia. Indeed, Elvira Nabiullina, the CBR’s governor, has twice won international central banker of the year awards.

But the burden of adjustment has largely fallen on consumers, owing to a roughly 50% drop in the ruble’s value relative to the dollar; real wages and consumption both fell sharply. As one Russian put it to me, he used to take 1,000 rubles to the supermarket and come home with two bags; now he comes home with one.

The shock to the real economy has been severe, with Russia suffering a decline in output in 2015 and 2016 comparable to what the United States experienced during its 2008-2009 financial crisis, with the contraction in GDP totaling about 4%. Many firms went bankrupt, and in 2016 the International Monetary Fund estimated that almost 10% of all bank loans were non-performing (a figure that surely understates the severity of the situation).

In many cases, banks chose to re-lend funds rather than take losses on to their books or force politically connected firms into bankruptcy. At the same time, though, the CBR moved aggressively to force smaller banks to raise capital and write down bad loans (something European policymakers have taken forever to do). And, in the face of intense lobbying by powerful oligarchs, the CBR kept interest rates up to tame inflation, which had reached more than 15% but has since fallen to close to 4%.

Of course, western sanctions – particularly restrictions on banks – have exacerbated the situation. But the media tend to over-emphasize this aspect of Russia’s economic woes. All countries that rely heavily on energy exports have suffered, especially those, like Russia, that have failed to diversify their economies.

In a western democracy, an economic collapse on the scale experienced by Russia would have been extremely difficult to digest politically, as the global surge in populism demonstrates. Yet Putin has been able to remain firmly in control and, in all likelihood, will easily be able to engineer another landslide victory in the presidential election due in March 2018.

Russia’s state-owned media juggernaut has been able to turn western sanctions into a scapegoat for the government’s own failures, and to whip up support for foreign adventurism – including the seizure of the Crimea, military intervention in Syria, and meddling in US elections. Most Russians, constantly manipulated by their country’s schools and media, are convinced that conditions are much worse in the west (a hyperbolic claim even in the era of “fake news”).

Unfortunately, such disinformation is hardly a recipe for generating reform. And, without reform, there is little reason to be optimistic about Russia’s long-run growth trend, given its poor demographic profile, weak institutions and abject failure to diversify its economy, despite having an enormously talented and creative population.

Where will future growth come from? If the world continues to move toward a low-carbon future, Russia will confront an inevitable choice: launch economic and political reforms or face continuing marginalisation, with or without western sanctions. No meeting between the US and Russian presidents can change that reality.

• Kenneth Rogoff is professor of economics and public policy at Harvard University and recipient of the 2011 Deutsche Bank Prize in Financial Economics.

When Western Diplomats Pursue Peace to Pursue a Prize
What is Wrong with the Middle East?
The Syrian Catastrophe
Opinions 920 Syria News 1166 Things That Matter 366