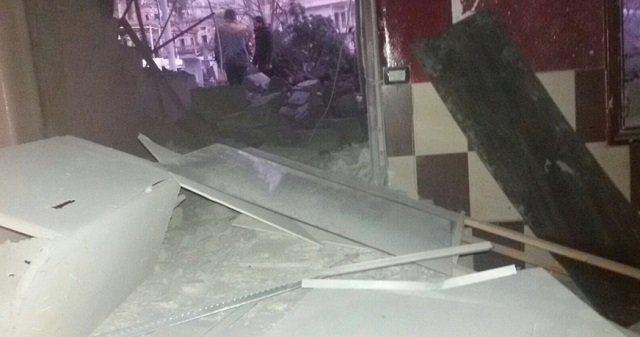 January 12, 2016 12:19 am 0
The Disintegration of American Power
Obama Asleep, Iran Builds for an American Reckoning
American Muslims Agree With This Critique of Jewish Leaders

TFS Note: While Barack Obama naps under a tree, Russia bombs offices of American NGO in Syria. How did we elect this leaflet distributor to become a president, we will never know.

The Russian military is coming under fresh criticism that it bombed a humanitarian field office Saturday in the rebel-held Syrian province of Idlib. The claim, by an American advocacy organization, follows previous reports that Russia’s bombing campaign continues to hit territory controlled by Syrian rebel groups not linked to the Islamic State — the ostensible target of Moscow’s months-long military intervention.

In a statement Monday to Foreign Policy, the Syrian Emergency Task Force said Russian planes bombed one of its offices in central Idlib province in a strike that “completely destroyed” the facility and equipment. The staff — which host civil society workshops, helps distribute U.S. humanitarian aid, and documents atrocities — was not present during the incident, and no one was killed, according to SETF.

“This attack on a humanitarian field office and surrounding civilian areas is yet another in a string of despicable violations of international law,” said SETF Executive Director Mouaz Moustafa.

The Russian Embassy in Washington did not respond to a request for comment. Moscow has long denied it targets civilians in the conflict.

A Pentagon official could not immediately confirm the accusation but said it was not “unusual or hard to believe.”

“They have struck there in the past,” said the official, speaking on condition of anonymity. “They fly in Idlib and they don’t use precision weaponry, so the idea that they could hit a non-military target is legitimate.”

Evan Barrett, a spokesman for the group, provided photographs of the office following the alleged bombing.

The new claim by SETF follows a report by the Syrian Observatory for Human Rights that at least 12 Syrian school children were killed Monday when suspected Russian jets bombed a classroom in the rebel-controlled town of Injara in Aleppo province.

The new allegations threatened to derail the United Nations-brokered peace talks scheduled for Jan. 25. Syrian opposition coordinator Riad Hijab cited the alleged school bombing as evidence that the opposition could not negotiate with the Assad regime.

“We want to negotiate, but to do that the conditions have to be there,” Hijab said. “We cannot negotiate with the regime when there are foreign forces bombing the Syrian people.”

In his remarks, following a meeting in Paris with French President Francois Hollande, Hijab said the Syrian opposition will need to see a goodwill effort by the Assad regime to justify its attendance at the talks.

“We do not want to go to negotiations that are condemned to failure before they start. We need to create the right climate,” he said.

Loading...
Newer Post
Barack Obama Is Complicit With Assad Siege of Madaya
Older Post
While Assad Sits on $62B, He Rewards Veterans With Cans of Beans