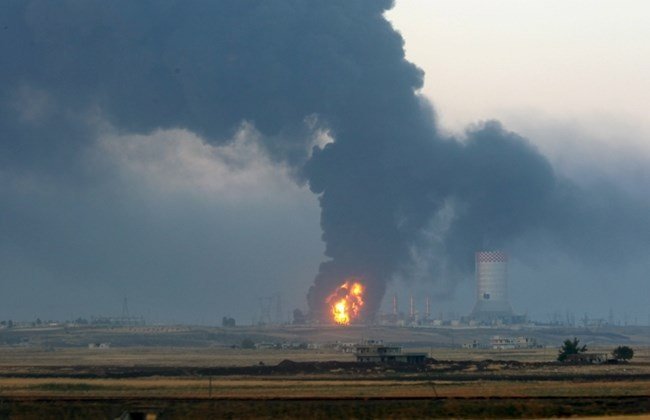 August 7, 2015 12:58 pm 0
Syrian war’s brutality isn’t going away
One Syria for All, All Syrians for One
Three Hezbollah Terrorists Captured by Islamists in Syria

Saudi Arabia has told Syria that it would end its support to rebels fighting to oust Bashar Assad if Hezbollah and other pro-government militias withdraw from the country, a report claimed Friday.

However, the source denied a report by Al-Akhbar newspaper one week earlier that said the meeting was brokered by Russian President Vladimir Putin, who sent a Russian plane to carry Mamlouk to the kingdom.

Al-Akhbar, which supports Syria’s government, had also said that Putin suggested the formation of a quadripartite anti-terror alliance that included Syria, Saudi Arabia, Turkey and Jordan.

Al-Liwaa’s source said that information was false, and that the meeting was actually born from a Saudi initiative that came after Russia had accused the kingdom of “hindering the chances for a political solution and bolstering terrorism.”

The source also said it was not true that the Saudi prince told Mamlouk that his country’s problem with Assad is his alliance with Iran, or that the Russian and Syrian delegations arrived on one jet.

“The Russians who attended the meeting did not come over on the same plane as Mamlouk, but rather took another jet as witnesses rather than a supportive party to Assad.”

The initative, the report added, included a pledge to stop support to Syrian rebels if Damascus asked Hezbollah and its allied fighters end their participation in the war.

“In return, you move Hezbollah, Iran and its affiliated Shiite militias out of Syria,” the Saudi official reportedly told Mamlouk. “This way, there will either be a Syrian-Syrian conflict or a Syrian-Syrian solution, and we bless whatever Syrians] agree on.”

In response, Mamlouk asked the Saudis: “How should we deal with Hezbollah? Give us a chance to think,” the source said.

The report added that Riyadh informed its Gulf allies of the meeting.