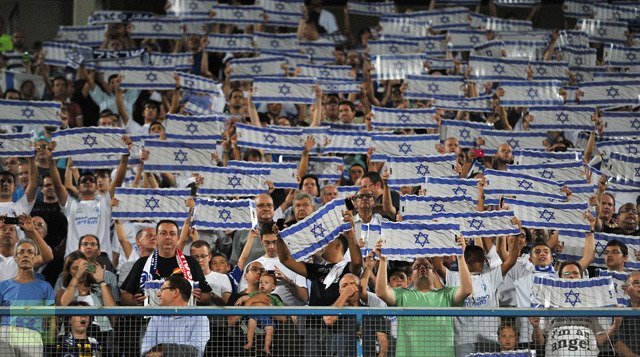 Resisting the Happiest Nation in the Middle East

The World Happiness Report released its third edition for 2015 (First report started in 2012), and if you want to see how Arab countries fared, just read their study one can download in PDF format.

Benin is ahead of Syria. So are Rwanda, Afghanistan, and Burkina Faso. Only Burundi and Togo are worse than Syria.

Israel garnering the 11th spot is a surprise. For those among us who believe Arab resistance, enmity, and hostilities are having an impact on the Israeli people, think again. They could care less about Muslims hostile to their nation. It won’t stop them from being happy.

United Arab Emirates earned the 20th spot ahead of Great Britain and Germany, which garnered the 21st and the 26th spots respectively. It goes to show you when an Arab and a Muslim country is peaceful, it is a happy country.

Besides Syria, Egypt and Yemen ranked quite low earning the 135th and 136th spots. Both are suffering from wars and discontent.

For those curious about Iran, it earned the 110th spot, with Iraq two spots below it. Bangladesh fared better than Iran. We say, keep up the good work Mullahs.

Incidentally, in 2013 Iran ranked 115th. Thanks to Obama, Iran jumped five spots. Obama giving Iran all the excuses to build a nuclear bomb does that to you.

Dare we ask if the World Happiness Report may be biased towards an Obama presidency? Because Americans are certainly not happy when they overwhelmingly vote, in 2012 and 2014, to change the leadership of both Houses from the party of a sitting U.S. president.

Let the ranking of happiest nation of Israel be a wake-up call for all Muslims. If you are peaceful like UAE, Oman, and Saudi Arabia, your people will live happy and you will lead a happiest nation. If you confront Israel, as Assad has done, Israel gets happier and Syria gets more miserable.

A valuable lesson in pragmatic thinking.

Resisting the Happiest Nation in the Middle East

Wayne State University Responds to the Thomas Affair
Who is Israel’s Number One Enemy?
Israel Deploys Iron Dome Thanks to Obama
Things That Matter 382