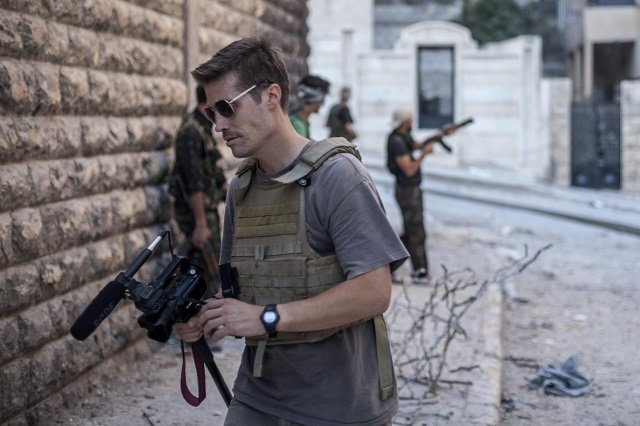 Today marks the first anniversary of the death of James Foley at the hands of the Islamic State barbarians in Syria. For all those who remember his death, also remember how Foley became the victim of terror for no fault of his own. Remembering James Foley is the duty of every American and Syrian who were touched by his courage.

The good people of Syria will always be grateful for the sacrifices he made to photograph the Assad atrocities.

If you have followed his history, James Foley was captured by the Assad regime forces. His parents and his lawyer concurred on that matter when the Agence France de Presse (AFP) published his story:

A US journalist missing in war-torn Syria is believed to be held by government intelligence agents at a detention center near Damascus, a spokesman for his family said Friday, May 13, 2013. y 13, 2013.

“With a high degree of confidence, we now believe that Jim was most likely abducted by a pro-regime militia group, commonly referred to as the Shabiha, and subsequently turned over to Syrian government forces,” said Balboni, who has also been serving as a spokesman for the Foley family.

Assad eventually handed Foley to ISIS knowing well what ISIS will do. Why? Because ISIS has turned into an indefatigable monster Assad could no longer control after fostering the terror group.

After Foley was savagely beheaded by ISIS, Obama acted against the terror group by starting a U.S.-led coalition bombing campaign that continues to this day.

Remembering James Foley while wishing every ISIS terrorist to perish so that we can start focusing again on the Assad terror and his removal from power.

Remembering James Foley as the brave American who risked his life to save others.