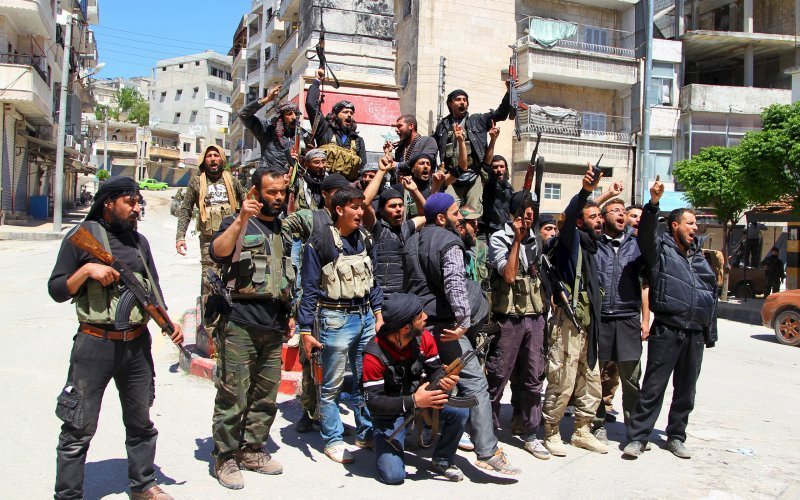 May 4, 2015 2:27 pm 0
An Egyptian Scenario No One is Contemplating
Stand by Saudi Arabia & Israel
Who Will Protect the Minorities of Syria?

Are the rebels winning with no Saudi help?

In an article in the Daily Beast, author Jamie Dettmer described the rebels’ attribution for their gains not on Gulf countries or Turkish support, but rather on the Islamist own initiatives and resourcefulness. It seems the rebels winning on their own:

Fighters blamed the West, the Sunni monarchies of the Gulf Arab states and Turkey for their plight, seeing their refusal to supply more advanced weaponry as a betrayal and evidence of duplicity by Washington. They argued the Americans preferred for Assad to remain in power, and accused President Barack Obama of buying into Assad’s argument that his ouster would result in the caliphate of the Islamic State enlarging to include the whole of Syria—that either he is the ruler of Syria or Abu Bakr al Baghdadi will be.

The article went on to document the lack of support by Saudi Arabia, Qatar, and Turkey over the rebels winning in Syria.

“What did we get from them?” sneers a rebel commander with Jaish al Fata, or the Army of Conquest, which is what the new rebel alliance began calling itself on March 28. “The Turks speak a thousand lies. Most of our weapons are those we seized from government forces or arms that were supplied by the Gulf a year and half ago. We got nothing from the Gulf or Turkey ahead of this offensive. These are our victories, no one else’s,” he insists. He asked he not to be identified by name for this article.

Islam Alloush, a spokesman for Jaysh al Islam, a rebel brigade that has good ties with the Saudis (who helped negotiate the formation of the militia originally as a counter to Jabhat al Nusra), confirms there has been no recent input of arms from outside. Asked if his brigade received new supplies from the Saudis, he says: “No we have not seen anything like that.”

And Abu Jaseem, the commander of the First Regiment, a semi-autonomous militia within Liwa al Tawhid brigade, told me over a dinner of chicken and rice and many cigarettes that he has had no arms supplies from Gulf sponsors since late 2013. “The weapons we use are those we have captured from Assad’s soldiers.”

Several questions arise of why are the rebels winning with no Saudi help.

Who is funding these Islamist groups?

Why are the Gulf countries claiming they are helping when fighters on the ground say it ain’t so?

Whose leadership is behind their unity, which is cause for the rebels winning?

If Saudi Arabia is arming the rebels, why have we not seen any Stinger missiles in their hands to stop the Chlorine Gas or the barrel bombs attacks>

If it is true Saudi Arabia, Qatar, and Turkey are not assisting or funding the rebels, then it should be a major concern for the west. If and when they win, no country or entity will have any influence over the rebels. This will turn Syria into the terrorist training country of the Levant.

What are the Saudis thinking? We need their influence to cap and limit violence after the downfall of Assad and to starve ISIS, AQ, and Nusra from materials and resources to short-circuit their influence over Syria. Supporting moderate politicians and Syrian activists is not enough.

Unless this story is Islamist propaganda aimed at discrediting Saudi Arabia with help from Iran.