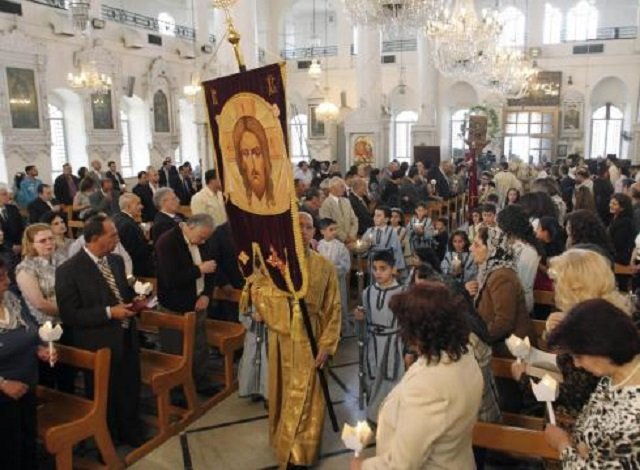 August 27, 2013 2:48 pm 0
Chechen group says it took ‘spoils’ from Russian forces in Syria
A President Who Cannot Admit His Mistakes is a Dangerous President
The Arab League Rescues Assad and the Syrian Opposition Frolics in Tunisia

Published in the Times of Israel (Real Saviors of Syria)

The lobbying is so intense, it looks like a fog has descended upon Washington DC. Everyone knows the President cannot back down after the speech Secretary John Kerry delivered on Syria yesterday; so many pro-Assad lobbyists are trying to influence the decision and cushion the strike by directing the Obama Administration to hit some useless targets.

Through the grapevine, I heard of one actually suggesting to bomb the vegetable market in Damascus where the claim was made that many Assad regime heads will be hiding. How far up the ladder it went is hard to say, but my sense, these kinds of proposed ideas burn faster than a candle in a storm.

The last Assad wants is the US to hit its six major military airports and the command centers operating its missile systems. It will strip Assad not only from ever using his WMD (If he is able to learn that lesson) but also from other high-value weaponry he needs to win the civil war. With Assad miscalculating the results of this act of savagery (Whether Maher al-Assad was behind the WMD attack or not), he has allowed the regime’s barbaric instincts to lead the helpless minorities who trusted Assad with their lives.

The US State Department needs not to miss this excellent opportunity of addressing the minorities by extending a hand of support at this crucial time the way it extended its hand in the past to the Muslim Brotherhood. This will weaken Assad to the tune of what 1,000 cruise missiles are able to cause in damage by realigning the forces Assad need to survive. The US State Department speaking directly to the minorities now is like using the art of insider trading knowing what the power of Mr. Obama’s decision is able to accomplish without actually trading. It is the cream in the strawberry and cream.

However, if Baschar al-Assad is not the target, addressing the minorities is counterproductive because it could possibly bring his regime down.

Before the battle of Qusayr, talk of Syria splitting into three pieces were the talk of the town. Since Hezbollah has jumped with both feet and all beards, the narrative switched to framing Assad circling the boundaries of total victory. Depending on the extent of this air campaign, it is anybody’s guess where the narrative will shift and how accurate it will be considering Assad is capable of grossly miscalculating like his Ba’athist counterpart Saddam.

Either way, it is imperative Washington realizes that only the survival and the well-being of the Syrian minorities gravitates Syria around a civilized orbit. Assad has persuaded them to fight with no exit plan except for his personal success in defending against the majority of the Syrian people. The plan is a failure, but one cannot blame those with no blood on their hands.

Washington should provide an exit for a return to some normalcy at one point. The minorities who suffered from a bad decision should not be penalized with their lives and their livelihood any further because, at the end of this brutal civil war, they are the real saviors of Syria.