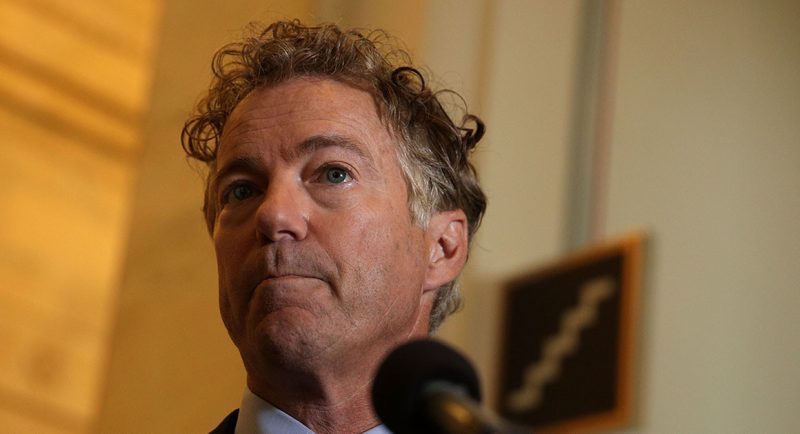 U.S. Republican senator Rand Paul is due to lead a U.S. delegation to Moscow. He will meet Russian members of parliament on Aug. 6. This is Rand Paul Kiss the Ring Moscow trip.

Paul wrote in a Politico article that his aim was “to discuss common ground with their leaders and help prevent further, unnecessary escalation of tensions.”

The Senator from the State of horse breeding Kentucky has already forgiven Putin for his trespasses against this country. Paul thinks Russia interfering in our internal affairs is something he can live with.

Someone is going to deep fund his opponent in the next election cycle. It is unacceptable for Senators to accept the deeds of our enemies by excusing their encroachment upon our democracy. Did it occur to the Senator that Putin might use Rand Paul kiss the ring Moscow trip as a green light to further weaken this nation?

No leadership in Washington, so Paul chases it in Moscow.

Paul has raised some eyebrows in Washington’s inner circles by repeatedly criticizing our intelligence services publicly against the backdrop of an unfinished Russian investigation. Bordering on conspiratorial hysteria, Paul’s thirst for attention is leading him to our worst enemies.

We can all see him standing with his disheveled figure in front of TV cameras claiming “Veni, Vidi, Vici”. It would not surprise us, either, if he said that Putin has agreed to host the next Kentucky Derby by his Sochi Dacha.

To us, going forward, we are calling the Senator from Kentucky the “Rand kiss-the-Moscow-ring Paul”.