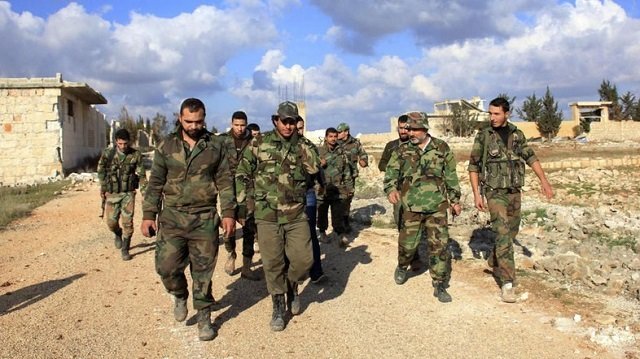 Putin Willing to Help Obama with His Syria Problem

Moscow would consider any request from Syria’s Baschar al-Assad to send Russian troops a spokesman said on Friday.

If such a request is made, it will be “discussed and considered,” Peskov said.

As far as we are concerned, Putin willing to help Obama with his Syria problem is the Kremlin’s aim, which means invasion of Syria. Obama has sent every signal possible that the United States is pulling out of the region, and Putin is testing the waters to fill the vacuum.

Russian Foreign Minister Sergey Lavrov on Thursday urged Washington and its allies to engage the Syrian government as a “partner” in the fight against the Islamic State of Iraq and Syria (ISIS) group.

Peskov added: “But it is difficult to talk about this hypothetically.”

In other words Washington, confirm to us your wishes to fill the Syria vacuum. Nice Putin willing to help Obama with his Syria problem.

The Syrian foreign minister, meanwhile, said Russian troops were not yet needed.

“But until now, I believe that the Syrian army is capable and what we frankly need is more ammunition and qualitative weapons to face the qualitative armament of terrorist groups,” al-Moallem said in an interview on Syrian television broadcast late Thursday.

Assad calls women and children “terrorists” because they oppose his tyranny.

He said Russia has “stepped up the pace” of supplying weapons and ammunition.

On Thursday, a Syrian military source told Reuters that the Syrian military has recently started using new types of air and ground weapons supplied by Russia, underlining growing Russian support for Damascus that is alarming the United States.

In a related story, there are about 2,400 Russian nationals fighting with ISIS militants, RIA news agency quoted Sergei Smirnov, First Deputy Director of Russia’s Federal Security, as saying on Friday.

Putin Willing to Help Obama with His Syria Problem