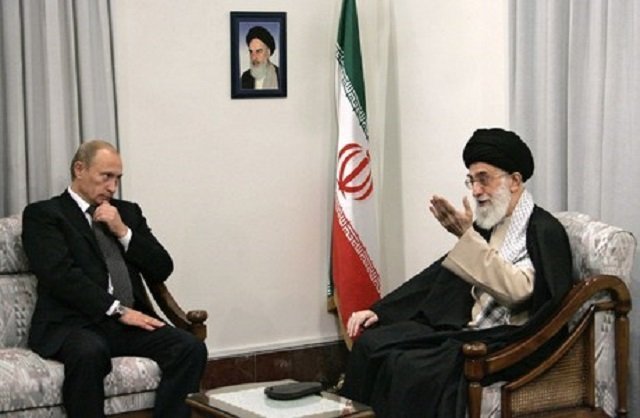 Putin Will Yet Siphon The Iran Deal Funds From Khamenei

With Assad’s fate squarely in the hands of Russia, Russian President Vladimir Putin is moving to siphon the Iran Deal funds from Ali Khamenei. With a religious ideologue like Khamenei, it would be like taking candy from a kid.

The Russian President will visit Tehran Monday for talks sure to sharpen attention on his alliance with Iran in Syria after the Islamic State group’s deadly attacks in Paris. More than likely though, we believe Putin will be presenting Tehran with a sizable bill for saving Assad.

The trip coincides with a major summit in Iran’s capital of gas exporting countries, but Putin’s meeting with Iran’s Khamenei is likely to dominate.

An escalation in fighting in Syria, where Russia has propped up the psychopath Baschar al-Assad against Western-backed rebels, most recently with air strikes, has pulled it closer to Iran which is coordinating pro-Assad fighters on the ground. Closer but not close enough for Putin to foot his own bill for Assad’s protection. Iran will be paying the lion’s share. If not, our guess Putin would be willing to work with the moderate Sunni opposition for a New Syria still under his control.

Russia is also emerging as a long-term arms partner for Iran, despite the countries having a complicated history over territory, oil, business and communism< which only adds to Putin’s urgency to siphon the Iran Deal funds before the religious zealots in Tehran siphon them into their own personal bank accounts.

The former Soviet Union was the first state to recognize Iran as an Islamic republic after the 1979 revolution, but Moscow later provided Saddam Hussein with weapons during the Iran-Iraq war in the 1980s.

A long-delayed delivery of an advanced missile defense system, the S-300, is due from Russia by the end of 2015, years after Iran paid for the contract. However, we believe such system will only find its way into Iran if Iran foots the bill for the protection of the psychopath Assad.

Moscow said the recent nuclear deal between Iran and the P5+1 group — Britain, China, France, Russia and the United States plus Germany — would allow the deal to be completed.

Putin Will Yet Siphon The Iran Deal Funds From Khamenei