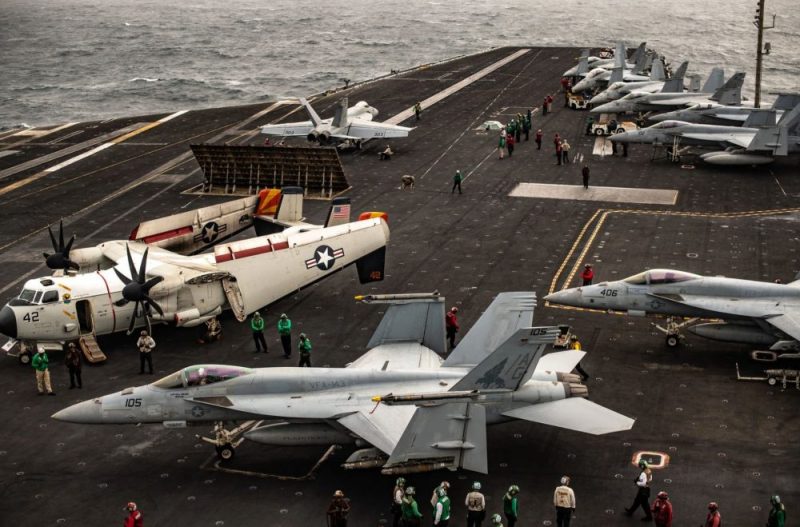 There is a Donald Trump history of dithering and waffling when it comes to striking Iran for its terror that should be worrisome. Every time President Trump is confronted with punishing the Ayatollahs’ terror, pussyfoot Trump makes Iran great again by giving them another pass.

The history is disturbing. The New York Times went into a detailed account of Mr. Trump’s waffling after making the decision to strike Iran for shooting down $130m U.S. drone in June of this year. Peter Baker, Eric Schmitt and Michael Crowley wrote:

That about-face, so typically impulsive, instinctive and removed from any process, proved a decision point for a president who has often threatened to “totally destroy” [our} enemies … Three months later, some of Mr. Trump’s own allies fear the failure to follow through was taken by Iran as a sign of weakness, emboldening it to attack oil facilities in Saudi Arabia this month.

This was Trump’s red line moment. Just As Obama promised to punish Assad for his chemical attacks only to pussyfoot backward ever so cowardly. Like Obama, Trump blinked, which in the estimates of many analysts led to Iranian aggression against the oil facilities in Saudi Arabia.

In response to the latest act of terror by the Ayatollahs, the President decided to beef-up our troop levels in the Gulf. It is apparent that whatever safety net we helped the Saudis construct to protect them from Iran was not enough. Trump, once again, pussyfoots around Iran, and the Ayatollahs are not blind to his weakness.

However, increasing the troop levels, even though the White House declared its defensive purpose, could also be offensive in nature. This dimension will only come to light should the U.S. strike Iran inside their borders. The extra personnel may be beefing up the defensive perimeters of Saudi Arabia. But they could also be highly-specialized military advisers Trump dispatched to man and operate a stealthy bombing campaign or an attack of sort.

The mystery of their specializations, their numbers, and their real purpose keeps Iran in the dark for a while. But if their real purpose is only to defend against another Iranian attack, then Trump is inviting Iran to attack again. His dithering is quite disturbing. We may have an Obama-like personae in the White House afraid of his own shadow. We won’t know for a while.

GANGING UP ON TRUMP

Iran and China would like to see Trump lose the elections. No surprise there given his aggressive policies towards both nations. Russia, to a lesser degree, may also want Trump to lose the elections. Putin knows Trump’s shelf life has expired, and he would be able to intimidate any Democrat that will take his place. Just as he intimidated Barack Obama with his shirtless photos.

Of course, the opposite is also true if one considers how much Trump drools over Putin. In a second-term, Trump would be more free to yield to Putin’s demands in the name of better relations.

The fact remains, Trump’s global enemies exceed the number of his friends. Just as Putin helped Trump win in 2016, it is almost a certainty that china and Iran are going to do whatever is necessary for Trump to lose in 2020. “How” is the question to ask. Would Iran risk a wider conflict given Trump’s propensity to recoil and retreat? Or would China have a play up its sleeve just in time to concoct economic uncertainty in the U.S.?

The Iran attack on Saudi Arabia was a small salvo to spread panic in the oil markets. If Trump does not respond by striking Iran, the next salvo would cause much more havoc. Just enough for Trump to lose the elections. Pussyfoot Trump is making Iran great again. Just as Obama did with his Iran Deal.

Let’s wait and see what are the real tasks of the new military personnel Trump ordered to deploy in Saudi Arabia. Maybe, Trump has learned his lesson.