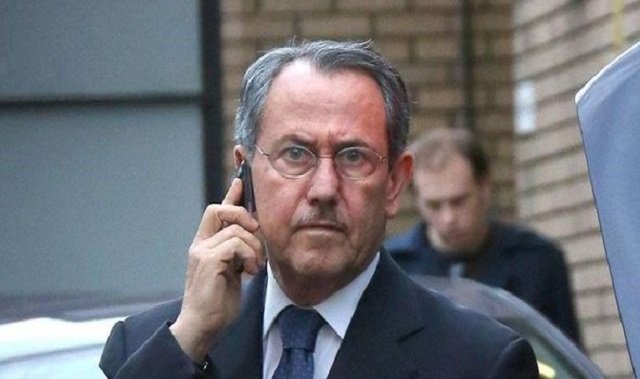 The so-called Syrian dissident Haytham Manna said on Friday he would not attend peace talks that are to start next week in Geneva, saying he had been invited but saw little chance for their success. This is how pro-Assad agents play their dirty games. They take anti-Assad positions when in fact they are planted by the Assad regime to sow discord among the legitimate Syrian opposition.

How do you think Manaa, who has zero impact on the Syrian opposition, got himself a Reuters story with his name in the title if it was not for the Assad regime that pushed that story? Why? To clean his slate after his name, accidentally, was made public by the Russians as Haytham Manaa backing the Assad regime.

We know of many European foreign ministers and policy makers with exceptional work who sometimes get a mention in a Reuters story, let alone in the title of a Reuters story. John Davison of Reuters has a lot of explaining to do.

As far as we can tell, Riad Hijab, the legitimate opposition to Assad never had his name mentioned in the title of a Reuters story. Reuters is a British company where the Akhras family, Assad parents-in-law, exert much influence spending tens of millions in support of the psychotic Assad regime.

According to a Syrian who just provided the names of 22,000 ISIS recruits, the “Islamic State, The Kurdish YPG and the Syrian government of Bashar al-Assad, are working together against the moderate Syrian opposition.”

Manna did not explicitly say his boycott this time was over the Kurdish issue, but Syrians know how pro-Assad agents play their dirty games by appearing as anti-Assad when in fact their job is to split and break the Assad legitimate opposition.

The Syrian Democratic Council was formed in December at a meeting in northeastern Syria with the stated aim of promoting a secular, democratic vision for the country, which is what the Assad regime claims to be.

Because of people like Haytham Manaa, the Syrian civil war, which began with peaceful protesters marching against the terror and the tyranny of the Assad regime, has cost already 470,000 lives according to the latest and most accurate figures published by the New York Times.