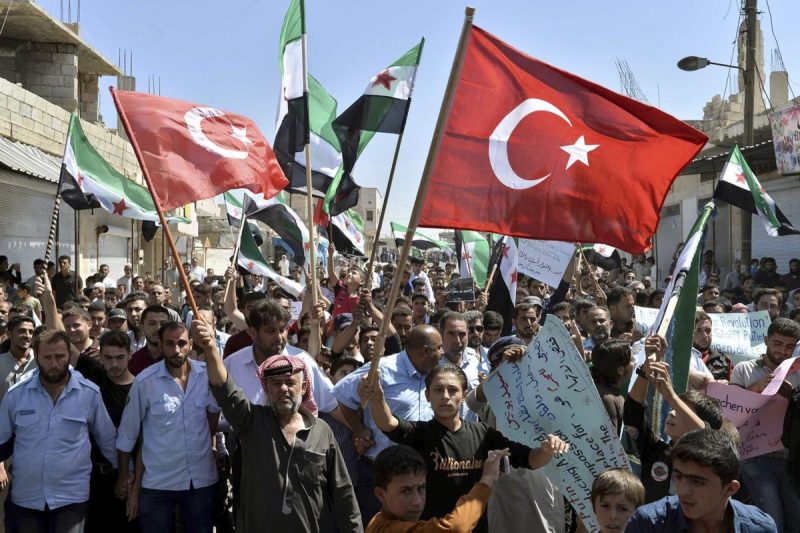 An agreement between Turkey and Russia may have saved Idlib from a devastating assault on its civilian population. It provides Turkey with autonomous control over the province juxtaposed its borders. However, for those who experienced fleeting Russian commitments, the premature Idlib saving celebrations should be put on hold for now.

There are several reasons Putin chose today to strike an agreement with Turkey he does not intend to honor.

For one, it served Russia’s interests to please Germany for now because Putin needs Syrian reconstruction funds to stabilize the country. Germany welcomed the announcement. Its foreign minister Heiko Maas, speaking in Romania, said:

Whatever helps avoid a humanitarian disaster in Idlib is good.

Chancellor Merkel saw the Idlib assault as another flood of refugees towards Europe. Even Maas, in Romania, cautioned that some agreements in Syria hadn’t been implemented in recent years. The Germans know Putin well.

The second reason Putin may have selected to strike this agreement with Turkey at this time has to do with the United States flexing its muscles. When Putin threatened U.S. troops in Syria, he went too far. The U.S. responded by dispatching the USS ESSEX armed with the stealth F-35B fighter jets. The last Putin wants is to expand U.S. presence in the region Obama’s isolationist policies served him well. The agreement might just steer the USS ESSEX back to its home base.

Further, Assad silence on the agreement speaks volumes about its intent.

There is absolutely nothing Europe or the U.S could do to avert a later assault on Idlib should Putin, after securing the funding and securing a deconflict of the situation with the U.S.

We have seen this video repeatedly before.

Maybe, it is time for the international community to ask Putin and Iran to exit Syria for the U.S. to stand down in the Mediterranean to include Israel halting all attacks on Syria against Iranian weapons of terror.