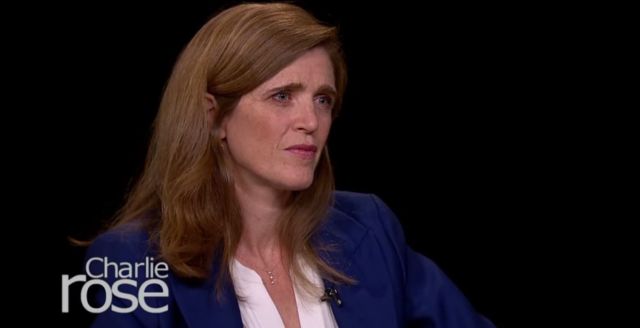 June 17, 2015 9:03 am 0
That’s why they kill: Bachir of Sudan is Their Glass Ceiling
Treasury’s Charge Sees Tehran Enabling al Qaeda in Syria
Why Do Liberal Muslims See Eye-to-Eye with Israel?

Something is terribly wrong in how, where, and when terror is struck. There is a terror management scheme in play today if one takes a bird’s eye view of the situation in Syria and Iraq.

One of the most important indicators of this policy of terror management is the fact that the longer we permit Assad to bomb and kill civilians the stronger ISIS gets. U.N. Ambassador Power, in an interview with Charlie Rose, said it in the clearest of ways when she confirmed that to defeat ISIS, Assad must go first (See video below).

Yet, the United States is not doing much to force Assad out. His latest crimes against humanity was to kill more civilians yesterday who were attending schools. Sixteen died from Assad’s air raids.

We call this a policy of terror management in which terror is not really the target, but rather the target is to depressurize the White House by half acting to protect U.S. interests. This is Obama’s weakness in full display as he picks his white daisy every day and plays “He loves me, he loves me not” while thinking of Ali Khamenei.

A recent, non-scientific survey by al-Jazeera of over 56,000 respondents found that 81% of Sunni Arabs polled sympathized with ISIS. Even if the number is 70%, 50%, or 20%, we are talking from a universe of 350 million Sunni Arabs. Is someone out there grasping the meaning of this?

The war against ISIS was lost the day Obama decided to bomb ISIS, and not the Assad regime killing Sunni civilians. All he has left is terror management.

In fact, we may have just yielded the whole region to ISIS (More on this in a different article).

America has become a country whose policies is the management of terror, not its defeat.

Pity the next U.S.  President. He/she will have much work to do after Obama. Hopefully, they won’t make the same mistake.

The Paper Bag President
Is Russia Changing its Mind in Regard to Syria?
Syria: Reported fatwa allows the hungry to eat cats and dogs
Slippery Barack Obama 976