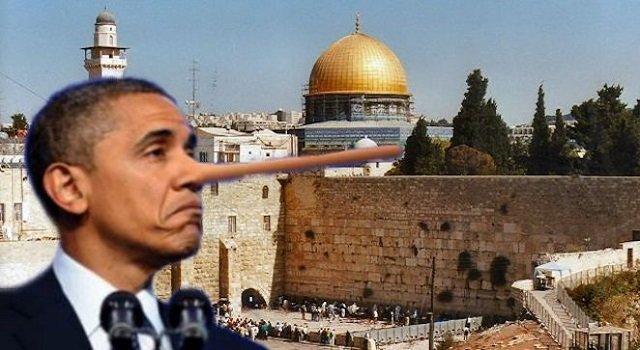 August 21, 2015 1:50 pm 0
Iran Deal Is Genesis 22 for the Democrats in Congress
Congress Must Reject Deal to Avoid Future War With Iran
No Syrians Attacked France, Yet Congress Punished ALL Syrians

Pinocchio President Barack Obama wrote in a letter to Congress that the U.S. will uphold sanctions targeting Iran’s non-nuclear activities, such as its support for Hezbollah.

Pinocchio Obama promised Democratic lawmakers that the U.S. will continue to keep economic pressure on Iran — and keep military options open — if his administration’s nuclear deal with Tehran goes through.

Pinocchio Obama said in the letter addressed to New York Democratic Rep. Jerrold Nadler that if Iran rushes to build a nuclear weapon, “all of the options available to the United States — including the military option — will remain available.”

Five years ago, the Pinocchio president also said “If you like you doctor, you can keep your doctor. Period.”

The Pinocchio president said Washington will uphold sanctions targeting Tehran’s non-nuclear activities, such as its backing for Hezbollah and what Obama calls Iran’s “destabilizing role in Yemen.”

Iran remains committed to Hezbollah, to terror in Yemen, and to terror against Syrian civilians; yet, Pinocchio Obama is relieving Iran of sanctions.

However, Pinocchio Obama did not explain, in his letter, how Iran with $150 billion richer and calling for Israel annihilation secures Israel.

Pinocchio Obama wrote the letter, dated Aug. 19, from Martha’s Vineyard, the tony island off the Massachusetts coast where he is in the midst of a two week vacation. While the Pinocchio president has made no public appearances during his vacation, he has been privately reaching out to Democratic lawmakers in a bid to boost support for the Iran deal.

Congress will vote next month on a resolution of disapproval on the accord to curb Iran’s nuclear program in exchange for billions of dollars in sanctions relief. The Pinocchio president is expected to have to veto the measure, but White House officials and Democratic lawmakers have expressed confidence that there is enough support in the party to block GOP override efforts.