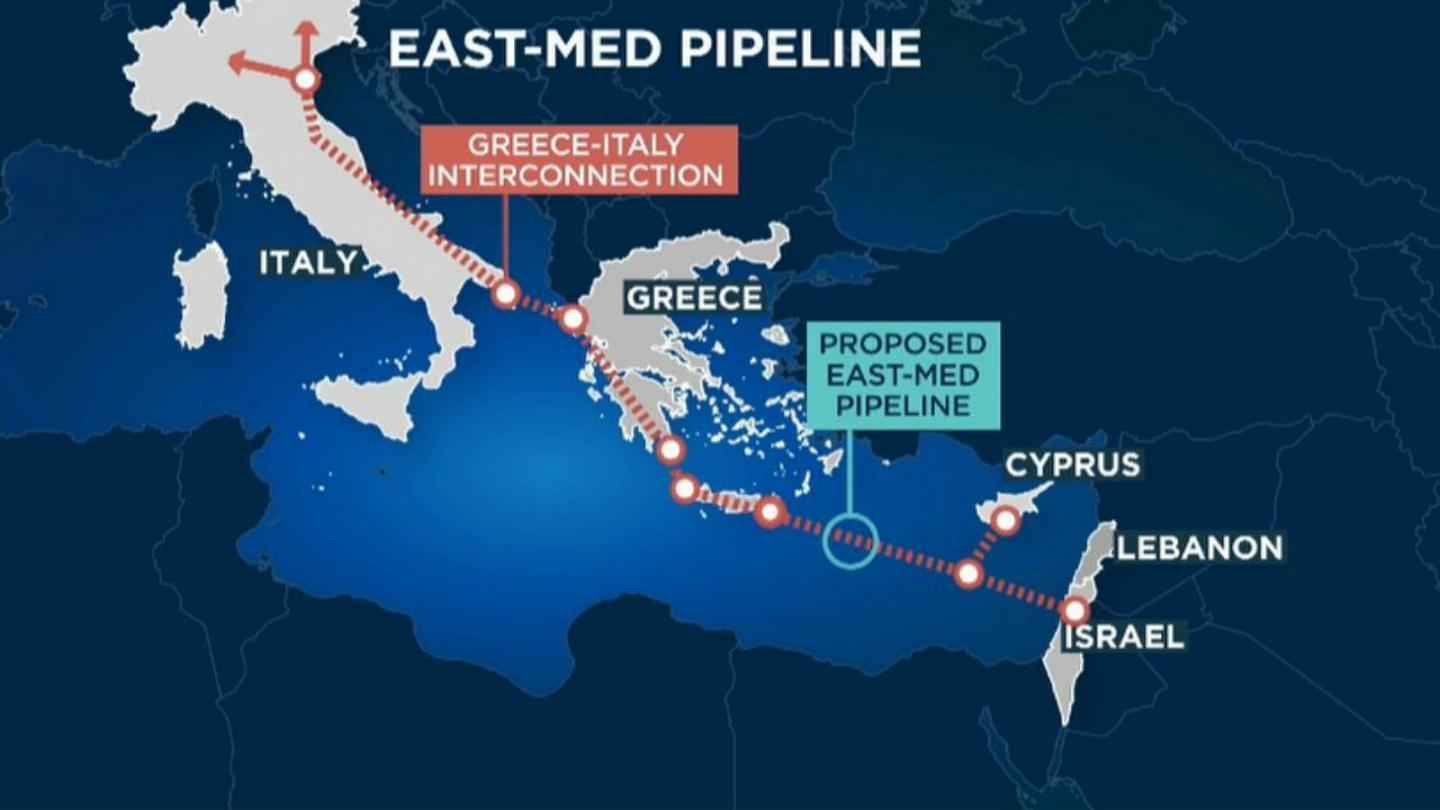 Peace in the Times of Natural Gas Pipelines

October 18, 2020 1:08 am 0
Hezbollah Fires Shots at Soldiers Knowing Israel will Retaliate
Iran Is Behind the Demolition of Syrian Refugees Homes
Sisi to Lebanese: Prepare for Fall of Assad

The large deposits of natural gas discovered off the Israeli, Lebanese, and Cypriot Mediterranean waters is temporarily changing the calculus among some of the staunches enemies in the region. Lebanon is entering into talks with Israel to each define their maritime borders, which is to say Hezbollah is negotiating with Israel. Call it peace in the times of natural gas pipelines building in the Mediterranean. Each party joining the negotiations table understands fully their own economic stakes.

Israel signed an agreement with the EU in 2018 to export its natural gas to Europe, and for Lebanon it makes sense to export its own deposits to Europe through the same pipeline that Israel extracted from the same basin. Each country knows what is at stakes here, and the economic impact for both should set aside their differences to conclude a deal. Because of Hezbollah corruption and mismanagement of Lebanese affairs, it has no choice but to deal with Israel for its own survival.

ISRAEL IS BUILDING A MAJOR GAS PIPELINE TO EUROPE

In 2020, Israel began surveying to start building the Eastmed pipeline. The Reuters story described the purpose and the parties involved:

The Israeli government on Sunday approved an agreement with European countries for the construction of a subsea pipeline that would supply Europe with natural gas from the eastern Mediterranean.

The Eastmed pipeline, which has been in planning for several years, is meant to transport gas from offshore Israel and Cyprus to Greece and on to Italy. A deal to build the project that was signed in January between Greek, Cypriot and Israeli ministers had still required final approval in Israel.

But for Israel to succeed in this endeavor, it needs to secure Hezbollah’s neutrality against any future terror attacks. The purpose of the maritime negotiations between Israel and Lebanon is to delineate gas ownership. But Israel may also offer Lebanon to sell its gas to Europe using the Israeli new infrastructure. A proposition that might sound symphonic to Hezbollah as it would secure natural gas income the terror group needs badly to fix its own dire economic problems.

For Israel, the economics of such a deal are multi-tiered regardless what it thinks of Hezbollah. Israel intends to charge Lebanon for the extraction, sale, and transport of its off-shore natural gas deposits to Europe. A very sweet deal for Israel, and a convenient deal for Lebanon. Lebanon has neither the resources, nor the expertise to build its own offshore platforms. Even if it did, exporting any excess is almost impossible because Israel now owns the only infrastructure.

PEACE IN THE TIMES OF NATURAL GAS PIPELINES

If Israel and Lebanon agree on a formula to extract, sell, and export Lebanese natural gas deposits to Europe, it would mark a historic event because of the repercussions that may ensue. It would force Lebanon, and most importantly Hezbollah, to accept an implicit peace agreement. More importantly, neither country would be willing to break.

Further, Hezbollah would no longer be able or willing to attack Israel, nor will Iran. The Ayatollahs in Tehran are always vying for the long-term economic viability of its Lebanese proxy. Indirectly, it also means Israel will continue to weaken Hezbollah since its agreement is with Lebanon. As Hezbollah begins to enjoy the fruits of Lebanon’s natural gas deposits, it would be fighting Israel with one hand behind its back; but not so for Israel.

According to Israel, the pipeline should be operational in 2025. By then, if Europe turns off the Russian spigot using U.S. subsidies, the global gas prices would become more stable. With higher gas prices than today, it would become more profitable for exporters. If the United States, as expected, takes a tough stand on Russian interference in our elections, Israel would benefit greatly from such a policy. Its gas deliveries to Europe become ever so  important.

Not only because Israeli gas is secure, but because Israel would never threaten Europe to stop the flow. Exactly what Putin practiced in the past against the EU.

Peace in the Times of Natural Gas Pipelines