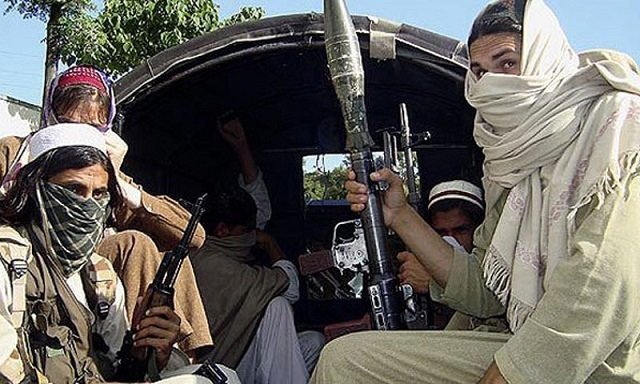 July 13, 2013 5:36 pm 0
Is Obama Pressuring Pakistan to Save His Iran Deal?
Sectarian Tensions Rise as Pakistan Joins Saudi Arabia
Is Obama beyond recall?

TFS Note: Between Assad turning the war sectarian and Obama spending more time Golfing than solving problems affecting US interests, Syria is fast turning into another Afghanistan when Pakistan Taliban set up a base.

Source: BBC – by Ahmed Wali Mujeeb (Pakistan Taliban ‘sets up a base in Syria’)

The Pakistani Taliban have visited Syria to set up a base and to assess “the needs of the jihad”, a Taliban official has told the BBC.

He said that the base was set up with the assistance of ex-Afghan fighters of Middle Eastern origin who have moved to Syria in recent years.

At least 12 experts in warfare and information technology had gone to Syria in the last two months, he said.

Their presence in the country is likely to have a sectarian motive.

Taliban factions feel that Sunni Muslims, who constitute a majority in Syria, are being oppressed by Syria’s predominantly Shia rulers.

Thousands of people have died in the year-long armed conflict in Syria between loyalists of the ruling Baath Party and those who want to overthrow it.

The Pakistani government has not commented on the allegations.

Mohammad Amin, a senior Taliban operative and “co-ordinator of the Syrian base”, told the BBC that the cell to monitor “the jihad” in Syria was set up six months ago.

He said that the cell has the approval of militant factions both within and outside of the Tehrik-e-Taliban Pakistan (TTP), an umbrella organisation of militant groups fighting the Pakistani forces.

The cell sends “information and feedback” on the conflict in Syria back to Pakistan, he said,

“They were facilitated by our friends in Syria who have previously been fighting in Afghanistan,” Mr Amin said.

Their job is to “assess the needs of the Jihad in Syria, and to work out joint operations with our Syrian friends”.

“There are dozens of Pakistani hopefuls in line to join the fighting against the Syrian army, but the advice we are getting at the moment is that there’s already enough manpower in Syria.”

In the past, militant fighters from Pakistan have often gone to fight in Central Asia and the Balkans.

In the 1990s, militant group Harkatul Mujahideen, was known to have sent a large number of men to fight in the Bosnian civil war of 1992-95.

Many Afghan and Pakistani fighters also fought on the side of Azerbaijan in the Nagorno-Karabakh conflict of 1988-94.

A number of Taliban groups in Pakistan have sectarian leanings, and resent the rule of Syrian President Bashar al-Assad – having a Shia background – over Sunni Muslims who constitute about three-quarters of the Syrian population.

Sources say that anti-Shia groups in Pakistan have access to considerable charity funds raised in some Middle Eastern sheikhdoms that see their domestic Shia populations as a problem.