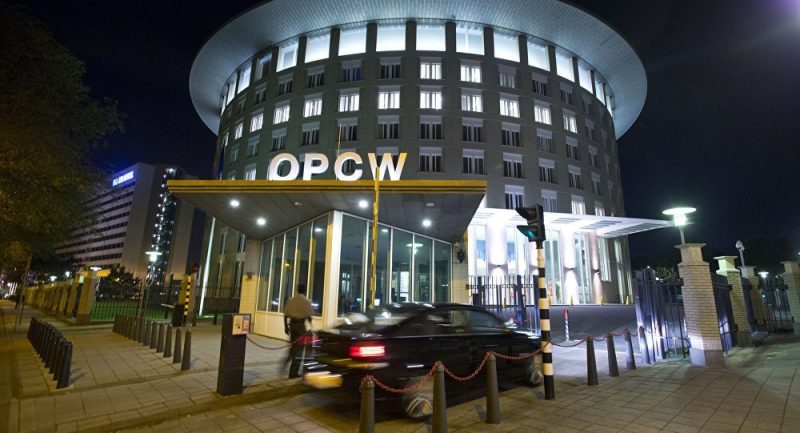 March 2, 2019 8:37 am 0
So much for Kerry’s agreement to strip Assad of Chemical Weapons
Syria: Reported fatwa allows the hungry to eat cats and dogs
Russia is Behind Laundering Assad Crimes

According to the global chemical weapons agency, inspectors have concluded that the Assad regime used “toxic chemical” containing chlorine in an attack last April in the Syrian town of Douma. At the time moderate Free Syrian Army held the town besieged by pro-government forces. This is OPCW confirming Assad dropped Chlorine Gas on civilians in Douma.

The attack on April 7, 2018, killed dozens of civilians, which prompted the United States, Britain, and France to carry air strikes against the Syrian government. The strikes did little damage.

Washington blamed Chemical Assad. To this day, Damascus still denies having ever used chemical weapons. Even with overwhelming evidence of more than 200 chemical attacks.

During an investigation in mid-April, OPCW inspectors visited two sites in Douma to interview witnesses and take samples.

The OPCW said in a statement:

The Chemical Weapons Convention, ratified by the Assad regime in 2013, prohibits weaponizing Chlorine. Chemical Assad respects treaties only when it suits his regime of terror.

The OPCW has documented systematic use of the banned nerve agent sarin and chlorine in Syria’s civil war.

From 2015 to 2017, the Security Council appointed a joint U.N.-OPCW team to assign blame for chemical attacks in Syria. It found that Syrian government troops had used the nerve agent sarin and chlorine barrel bombs on several occasions. The Islamic State militants used sulfur mustard.

In June, the OPCW’s member states granted the organization new powers to assign blame for chemical weapons attacks, but that was not the mandate of the team that carried out the Douma inquiry.

The OPCW is also looking into a gas attack last November in Aleppo.