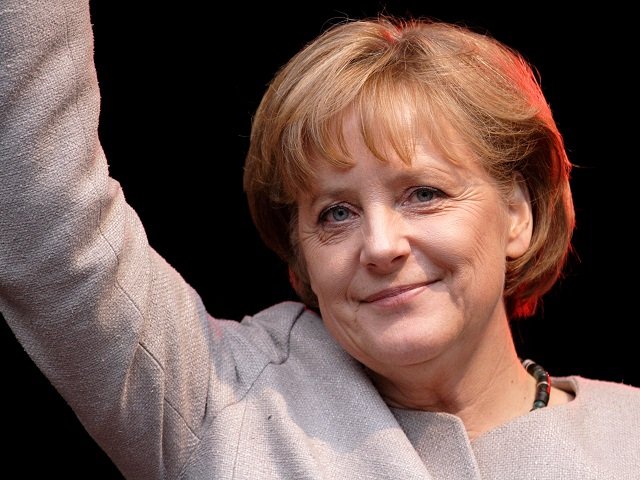 On Syria: Germany stands out, stands up

August 27, 2015 12:10 pm 0
If The Middle East Was a Shopping Mall, Arab Lives Would Be The “For Sale” Signs
German Government Promoting Business with Iran Despite Existing Sanctions
Muslim Populations in Europe: The Sharia Invasion

Source: Al-Arabiya – by Joyce Karam (On Syria: Germany stands out, stands up)

They’re calling her “Mama Merkel,” sending her love messages on twitter and showing gratitude unseen recently for a Syrian or Arab leader. Germany’s chancellor Angela Merkel is being celebrated by many Syrians this week, for defying EU rules and showing compassion to a refugee population that’s been let down all too often in the last four years.

With more than four million refugees since 2011 and with Turkey, Jordan and Lebanon reaching full capacity in hosting those fleeing the Syrian war, the international community is dragging its feet in the face of the largest humanitarian crisis since World War II. Discrimination, hate crimes, and sheer catastrophes in the Mediterranean are encountering Syrians escaping on foot or by water to European shores. Barbed wires, and refugee-profiling awaits across the continent while some countries like Poland and Slovakia have made no secret that they would only take Syrian Christian refugees.

Merkel might not be the most charismatic leader or orator on the global stage, but this week, Germany’s Chancellor has shown both the audacity and the empathy in addressing the Syrian refugee problem. On Tuesday, Berlin announced its intention to welcome all Syrian asylum seekers to stay in the country, disregarding Europe’s Dublin protocol and enraging the far right groups in the process.

Merkel called for restoring European values in tackling the humanitarian problem, for “sharing the burden” dismissing the far right attacks as “disgusting, how right-wing extremists and neo-Nazis are trying to preach dull hate messages.” Merkel also vowed ”there will be no tolerance of those who question the dignity of other people.”

Merkel’s words are not to be dismissed as political posturing for the simple reason that they have been matched with superior record from Germany among Western countries in dealing with the Syrian refugee crisis in the last four years. According toAmnesty International, “Germany has pledged 30,000 places for Syrian refugees through its humanitarian admission program” that’s almost half the global total of resettlement and humanitarian admission program and 82 per cent of Europe’s total. Germany and Sweden rank highest among Western countries in receiving asylum cases for Syrian refugees. Germany also comes second after Turkey as a non-Arab with most number of refugees (over 100,000), and with more than 44,417 Syrians applying for asylum this year.

Germany’s embrace of thousands of Syrian asylum seekers exposes how little have other countries done on this issue. Amnesty points out that “excluding Germany and Sweden, the remaining 26 EU countries have pledged a mere 5,105 resettlement places, or 0.13 per cent of Syrian refugees in the main host countries.”

Ironically, the countries that are most involved militarily in the Syrian war and with the exception of Turkey, are the ones doing the least on the refugee issue. In that regard, both France and the United States have accepted almost 1000 asylum seeker, while the United Kingdom taken few hundreds. Russia and Iran have not reported settling of Syrian refugees and their priorities have been in keeping Assad afloat before anything else. The GCC countries have also shied away from resettling Syrian refugees, leaving the Arab burden solely on Jordan and Lebanon (2.5 million almost) and to a lesser extent Egypt and Iraq (almost half a million).

Politically, unlike France, the UK and the United States, Germany has not been vocal in supporting or funding the rebel groups. And unlike Russia, and Iran, it has not bankrolled the Assad regime, which is at the heart of displacement and destruction of Syrians, followed by ISIS. Merkel’s focus has been humanitarian, while emphasizing Assad’s loss of legitimacy and the need for him to exit the political scene.

With no end in sight for the Syrian war, however, and with militias multiplying in numbers and nefariousness, the Syrian refugee crisis is only expected to intensify in the coming period. For Germany’s Chancellor who is being called by some activists as “Merkel of Abyssinia” in reference to the Muslim migration to Ethiopia in the seventh century, this will boost Berlin’s credibility in the Middle East as an impartial problem solver, helping alleviate the suffering as many who directly contribute to it choose to ignore it.

On Syria: Germany stands out, stands up