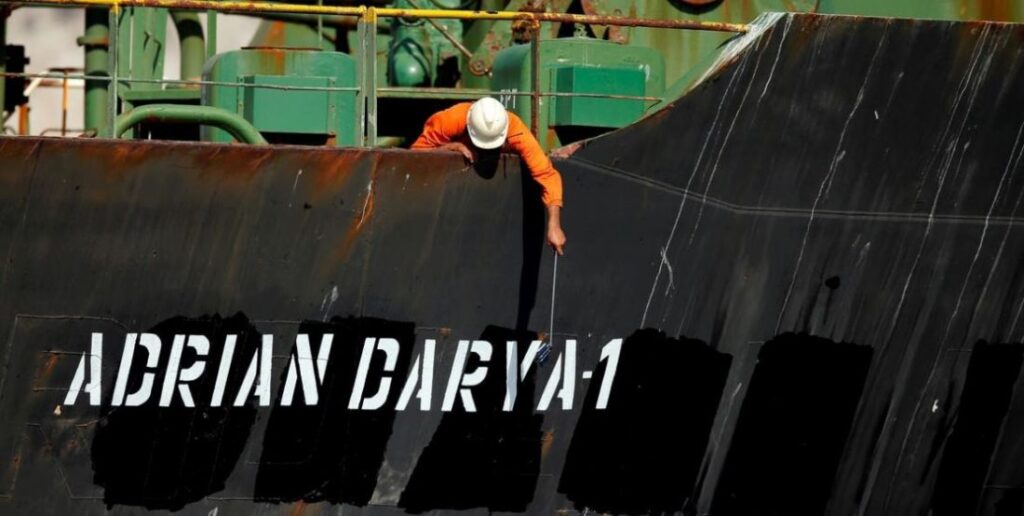 The Iranian oil tanker Adrian Darya 1 goes dark near Syria. According to Refinitiv ship-tracking, it appears that the tanker, which became the center of a dispute between Tehran and Western powers, has turned off its transponder in the Mediterranean west of Syria.

The tanker is still loaded with Iranian crude oil. It sent its last signal giving its position between Cyprus and Syria sailing north at 15:53 GMT on Monday.

The British Royal Marine commandos detained the vessel, formerly named Grace 1, off Gibraltar on July 4 before unloading its oil in Tartus, Syria in violation of European Union sanctions.

Two weeks later, Iran in retaliation seized a British-flagged tanker in the Strait of Hormuz leading into the Gulf.

Gibraltar released the Iranian vessel on August 15 after receiving formal written assurances from Tehran that the ship would not discharge its 2.1 million barrels of oil in Syria.

THE IRGC MAY STILL VIOLATE THE SANCTIONS

However, given that it turned off its transponder near Syria, suspicion is rising of its real intent. Possibly to deliver the oil to the brutal Assad regime after all. The Iranians could also try to conduct a ship-to-ship transfer with another vessel to mask their real intent. Iran claims that it sold the ship’s oil to a third-party but it has not divulged their name.

Washington has warned any state against assisting the ship, saying it would consider that support for a terrorist organization, namely, Iran’s Islamic Revolutionary Guard Corps.

The U.S. Treasury Department blacklisted the tanker on Friday as a precautionary measure.

For the U.S. to successfully ban all IRGC owned oil tankers from active duty, the U.S. Navy must monitor their movement and be ready to interfere to block them, or detained them. Relying on the EU is not the most efficient mean by which the U.S. can enforce sanctions.