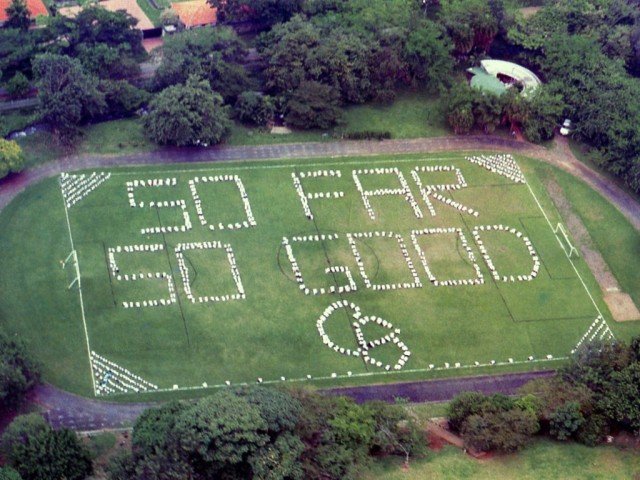 May 8, 2015 3:13 am 0
Obama’s Tragedy? No Black Presidents For a While
Obama Invites Falafel to Explain Strategic Patience
Is Obama’s Presidential Library Funding in Trouble?

In the movie The Magnificent Seven, actor Steve McQueen tells a joke about a man who fell from a 10-story building, With every passing floor, people below kept cheering ‘so far, so good’.

Nothing about the Iranian Mullahs should comfort us. These are men of extreme violence Mr. Obama tells us he can civilize or mollify with his magic wand. Privately though, Obama has a much more sinister goal. A violent Iran confronting Israel is the real legacy he wants to leave behind for the hundreds of millions of anti-Semites, like himself, no one has ever been able to satisfy since their hero Adolf Hitler shot himself in a bunker.

Trace every book Obama read or every conference he attended in his youth and you will understand why Israel is his target. It would also explain why Obama is intentionally ignoring all the red flags about Iranian real intentions in the Middle East.

In an opinion written by Harold Rhode and Joseph Raskas for the National Review Online, both authors argue:

Given that Iran has for decades refused to come into compliance with its international obligations, has sought to destabilize the Middle East, and has waged a deadly war against America and its allies when pressure was in place, it stands to reason that when that pressure is removed Iran will ramp up its illicit nuclear activity, tighten its grip on the Middle East, and intensify its attacks against Western targets.

With every passing floor, Obama’s ‘so far, so good’ bad Iran deal is pretending to miss the inevitable crash with its bones flying and its blood spilling. No need to tell Obama it is crashing. He is ignoring Iranian terror and lawlessness for a good reason.

Obama’s ‘so far, so good’ bad Iran deal is making Congress nervous. The Senate just muscled its way into Obama’s negotiations by a vote of 98-1. This historic vote affords the Senate the right to review and reject the deal if needs be. The Bill, with all its shortcomings, is a step forward because bi-partisanship, under this divisive Obama administration, has become a scampering luxury.

With the Senate vote, the crowd cheering ‘so far, so good’ just got injected with a real dose of reality. Obama’s ‘so far, so good’ bad Iran deal may have just crashed possibly before becoming another ram-it-down-their-throats ObamaCare.

At this point, ‘Adieu’ fares better than ‘so far, so good’.