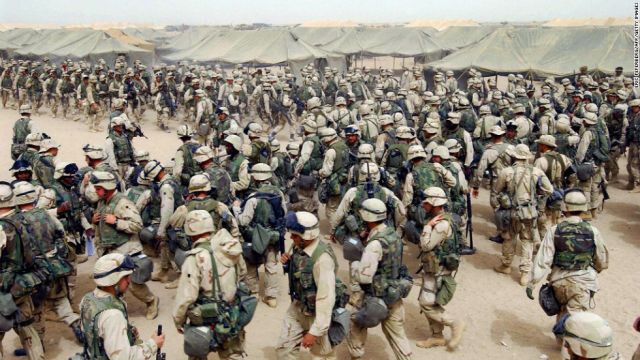 June 12, 2015 7:00 am 0
Mr. Kerry’s Empty Words on Syria
Putin Rebuffs Meeting With Barack Obama
Obama’s Tragedy? No Black Presidents For a While

This is the price we all pay for voting into office an inexperienced man with a dangerous stubborn streak and an ideology based on failed human experiments.

America is already deep into its first war fighting ISIS. It began with air strikes, but it is quickly escalating into sending new US troops to Iraq.

As we have said on numerous occasions before, had Obama armed the moderate Syrian opposition when the Syrian Uprising erupted in March of 2011, without committing troop or treasure (The Saudis were willing to pay for all costs), ISIS would still remain the name of someone’s daughter instead of the most dangerous Islamic acronym.

The Wall Street Journal has a new article entitled, “To U.S. Allies, Al Qaeda Affiliate in Syria Becomes the Lesser Evil“. Obama’s policies have led us to so much terror and extremism, this administration finds itself looking at al-Qaeda as a lesser evil. Are you grasping the trouble America is in?

Obama may be dispatching only 3,100 U.S. troops to Iraq, but mark our word, before Obama leaves office, he will be forced to send thousands if not tens of thousands of more troops to Iraq. If he does not, it would get far worse for American interests in the region.

This is what happens when Americans elect the wrong man for the job.

The second war has started the moment Barack Obama trusted Iran. In his zeal to strike a deal with the Mullah savages that would grant them the right to build a nuclear weapon eventually, and the means to conquer the region (Obama’s $150 billion gift), Obama has sparked a new war in the region America cannot afford to observe from far because it will proliferate nuclear arms.

As hard as Obama tries to stifle Saudi Arabia’s desire to self-protect from Iranian aggression by building its own nuclear programs, he will fail because his policies are based on erroneous assumptions. The Saudis are not blind. They see Obama leaving the American vacuum behind to Iran, and they are bolting like a herd of buffaloes on a journey of fate.

For his part, Obama truly believes he can select who builds a nuclear program and who does not while playing with the sectarian fire that has been burning slowly for over 1,400 years. This is how ignorant our president is.

America will go back into the Middle East to fight in three new Middle East wars with hundreds of thousands of U.S. troops to stop nuclear arms proliferation Obama is starting in slow motion.

Even if America succeeds in defeating ISIS and is able to control nuclear proliferation, the U.S. must deal with all the terrorist organizations vaulting all over the map. Who is going to defeat al-Qaeda? Jabhat al-Nusra? Hezbollah? Quds Forces? Or will the U.S. let Shia and Sunni terrorists run amok in the region creating more terror and more destruction?

What if Iran attacks Israel from Syrian territories? The next president is certainly not going to ruminate over the problem the way Obama has been doing ever since he became president.

America will have to go back into the Middle East to eradicate ALL Shia and Sunni terror Obama permitted to spread and expand, and to separate the two branches of Islam whose endless inter-wars would eventually affect U.S. interests deeply.

Do not envy the next president America will elect. Cleaning Obama’s mess is going to be the toughest job any president could undertake.