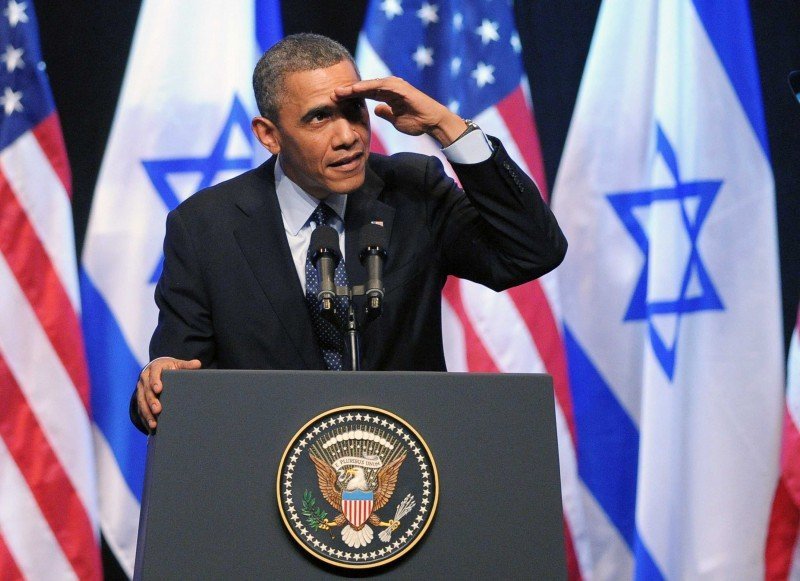 February 4, 2015 5:15 am 0
Obama’s Syrian foreign policy is crumbling
Guns dictate peace
How much more deception can you take from Barack Obama?

By Billy Kristol – The Weekly Standard

WASHINGTON — The Obama administration, after days of mounting tension, signaled on Wednesday how angry it is with Israel that Prime Minister Benjamin Netanyahu accepted Republican leaders’ invitation to address Congress on Iran without consulting the White House.

The outrage the episode has incited within President Obama’s inner circle became clear in unusually sharp criticism by a senior administration official who said that the Israeli ambassador, Ron Dermer, who helped orchestrate the invitation, had repeatedly placed Mr. Netanyahu’s political fortunes above the relationship between Israel and the United States.

Of course, the official who last summer called Prime Minister Netanyahu a “coward” and a “chickens–t” would not be named either. But there is no reason to think those unnamed angry officials do not speak for an angry president.

Why has Obama been lashing out? Because he had a dream. He was to be the American president who would preside at, and take credit for, the founding of a Palestinian state. Obama would be to Palestine what Harry Truman was to Israel. Now it’s clear that’s not going to happen during his presidency. Obama’s frustrated that it’s not going to happen. So he lashes out.

But Obama is still pursuing another dream: to be the American president who goes to Tehran, who achieves with Iran what Richard Nixon achieved with China. And he thinks Israel, and Israel’s friends in the United States, stand in the way of achieving that dream. So he has another reason to be angry.

Of course, it’s not Israel but reality that stands in the way of Obama’s dreams. His Cairo speech, and the policies that followed from it, have crashed on the shoals of reality. Obama said in Cairo in June 2009, that he hoped that his administration would end the “cycle of suspicion and discord” between the United States and much of the Muslim world:

I have come here to seek a new beginning between the United States and Muslims around the world; one based upon mutual interest and mutual respect; and one based upon the truth that America and Islam are not exclusive, and need not be in competition. Instead, they overlap, and share common principles – principles of justice and progress; tolerance and the dignity of all human beings. …

There must be a sustained effort to listen to each other; to learn from each other; to respect one another; and to seek common ground. As the Holy Koran tells us, “Be conscious of God and speak always the truth.”

But the truth is that Obama’s policies haven’t ameliorated the crisis in Islam or lessened the discord between Islam and the West. They have worsened the discord and exacerbated the crisis. Obama’s policies of retreat have strengthened radical Islam, and undermined those in the Muslim world who do believe in “justice and progress; tolerance and the dignity of all human beings.”

It is Obama’s failures that explain his anger—his failures, and his hopes that a breakthrough with Iran could erase the memories of failure and appear to vindicate his foreign policy. Israel stands in the way, he thinks, of this breakthrough. Prime Minister Netanyahu stands in the way. And so Obama lashes out.

It’s of course unseemly. But it’s also dangerous. Neville Chamberlain and the British establishment were far angrier with Winston Churchill, and much harsher in their attempts to discredit him, in the late 1930s when the dreams of appeasement were failing, than earlier, when hope for the success of appeasement was alive. When you think your policies are going to be vindicated, you ignore or dismiss critics. It’s when you suspect and fear imminent failure that you lash out.

So we have an angry president, increasingly desperate for vindication of his failed foreign policy, accelerating both his appeasement of Iran and his attacks on Israel. The good news is that the Republican party and the conservative movement—and most of the American people—stand with Israel and against President Obama. Of major parts of the American Jewish community, on the other hand, one can say no such thing.