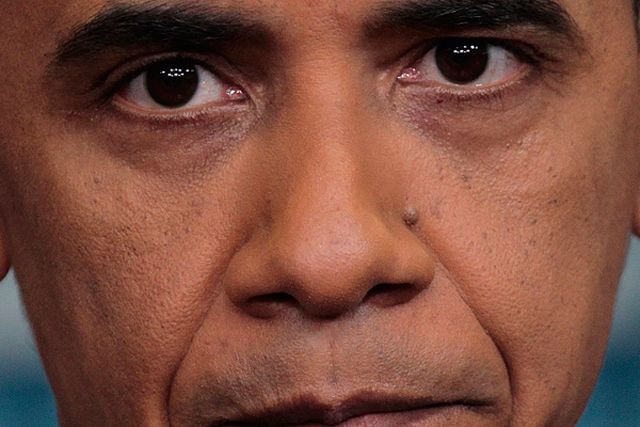 For the US and Europe, intelligence on the ground in Syria and Iraq is like a Mutual Fund investment where returns are monitored on a semester-basis. For Israel, Jordan, and Saudi Arabia intelligence is more like an investment in a high Beta stock portfolio; monitoring is daily and sometimes hourly.

Nothing more than the Benghazi terror attack to highlight this truth. Distance and culture do affect intelligence gathering.

This makes a world of difference to the minorities and the moderates in the region who have come to rely on more than hollow promises and a kiss on the cheek. You can excuse them when they shake their salt on the words of assurances we have come to hear from politicians living 10,000 miles away. Now more than ever.

Who would blame the Christians in the region when they watch with horror the rise of ISIS/ISIL, even though Assad has been instrumental in their release into the open? Why would Christians not oscillate when they watch churches, regardless of their denominations, burn in Mosul at the hands of the Sunni Jihadists?

Who would fault the Israelis for oscillating back and forth, as they assess which nation, group, or militants are more dangerous? Do thousands of Hezbollah missiles pointing at them less dangerous than an army of Jihadists ready to wage war of terror against their civilians?

Who would not oscillate when they watch Putin take sides with one terrorist nation against a terrorist organization?

Who would not oscillate when they are fed hogwash by the propaganda machine of Assad and Iran even in their hearts they know to be lies? Fear is a powerful antidote to common sense.

The best oscillating though is in America herself.

Just watch how the right in the US is so confused over Obama’s foreign policy to realize how successful Obama has been in fogging the danger to America.

Senator John McCain is appalled the US is collaborating with Iran when it comes to Iraq. He called such cooperation the  “Height of folly”. I totally agree.

Senator Lindsey Graham, on the other hand, is asking for a dialogue with Iran in order to coordinate against ISIS/ISIL. His statement could not be any clearer:

“Why did we deal with Stalin? Because he’s not as bad as Hitler. The Iranians can provide some assets to make sure that Baghdad doesn’t fall. We need to co-ordinate with the Iranians and the Turks need to get into the game”

“This stubborn-headed president we have who thinks he knows better than anybody else, who withdrew troops and exposed this country to the inevitable, needs to change his policies quickly”

When was the last time McCain and Graham disagreed on anything dealing with national security?

It is not enough that Assad has divided and conquered the minorities and the Muslim Sunni community in the region, now Iran is dividing America in America. This is how dangerous President Obama has become to our national security interests as he leads this White House by wearing an invisible turban.

Some may call his instrumentality in the danger America faces as incompetency, but its precision looks more like a pre-designated plan than sheer coincidence. Such stubbornness from a President scoring low approval numbers in polls and facing criticism from everywhere is a President either who is on a mission or who lost control of his faculties.

At least the Israelis recognize their enemies miles away. President Obama has yet to recognize who America’s enemies are as he sets out to negotiate with terrorists, let them off the hook with his Red Lines, or hesitate in bombing.

Maybe the Lego Company can build an Air Force One, some drones, few smiling Mullahs, and a mock-up of a helpless State of Israel it can send as a gift to dilute Obama’s danger.

Maybe he will get busy with toys than the real thing to save the US from total disaster.