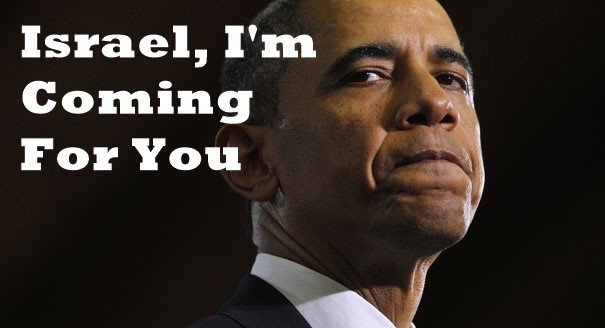 Obama Unleashing Iran Upon Its Enemies to Include Chemical Warfare

How else can one interpret Obama giving the Assad regime the green light to use Chlorine Gas against civilians when he claimed that Chlorine is not a chemical weapon?

Had Obama said “This is unacceptable”, and done nothing about it, it would have not been recognized as a green light. But when he claimed Assad actions did not violate international norms or laws because he used a substance that was once designated as a chemical weapon during WWI, it demonstrated, without a doubt, that Obama himself is driving Iranian terror in the region.

His Iran deal is just a cover for such a strategy. Fools are those who believe Obama’s words and rhetoric when he tries to defend himself by claiming that Israel is safe as long as he is president.

How else can one interpret, with Obama turning a blind eye to Iranian behavior in the region, that he is NOT unleashing Iranian terror upon Iranian enemies? When it suited Iran, he ordered No-Fly Zones in Libya because Iran hoped it could have a terror foothold in Libya. When it did not suit Iran, Obama still refuses to order No-Fly Zones in Syria because it would curb Iranian terror.

Obama unleashing Iran upon all of its enemies to include chemical warfare. Just sit tight and watch.

What difference is there between Assad and Obama, or Khamenei and Obama? Distance.

Obama unleashing Iran upon its enemies is a reality. Even if Iranian proxies, like the Assad regime, use Chlorine Gas with documented 35 incidents of such use up-to-date. As Obama ignored Yemeni incursions by Iran, he is also ignoring Syrian use of Chlorine Gas by the Assad regime with Iranian approval.

So guess who is next on Obama’s list? It is who is next on Iran’s list. Make no mistake about that, Israel is expecting the worse before Obama leaves office and all those Golan Heights maneuvers and Iranian patrols are just preparatory steps Obama has never, not once, pointed his accusatory fingers at Iran for these war maneuvers.

Why? Because Obama unleashing Iran upon its enemies is his goal.

Has Obama ever once accused Iran of terrorizing the region? We challenge anyone to find one such circumstance. The “Chlorine Gas is not a chemical weapon” statement is Obama’s true to himself talking; with no spin.

Obama Unleashing Iran Upon Its Enemies to Include Chemical Warfare