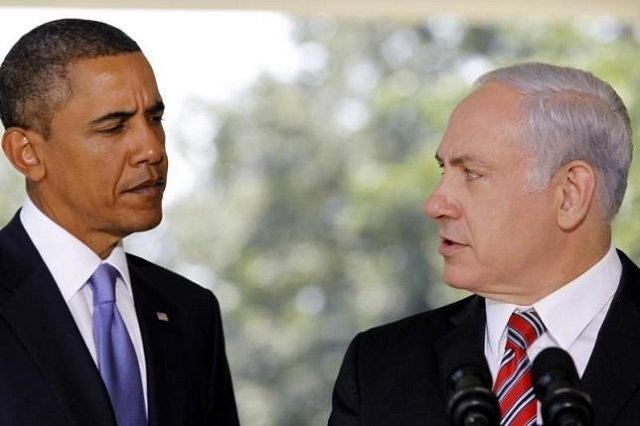 September 11, 2015 10:12 pm 0
Mom There is a Suicide Bomber on the Discovery Shuttle
The Art of No Compromise
We Agree with Netanyahu’s Refusal to Admit Syrian Refugees

The Chinese philosopher Xun Kuang was quoted saying “The petty man is eager to make boasts, yet desires that others should believe in him. He enthusiastically engages in deception, yet wants others to have affection for him. He conducts himself like an animal, yet wants others to think well of him.”

Consider this balloon our president Barack Obama is testing Xun Kuang would find befitting his quote.

While many believe efforts to arrange a White House visit by Netanyahu are aimed at easing tensions between Washington and its closest Middle East ally now that Obama’s Democrats in the U.S. Senate have blocked a Republican bid to derail the landmark Iran agreement, we believe the invite is more for Obama to rub Iran Deal in Netanyahu’s face.

Barack Obama is a petty man, not a statesman. Fools are those who believe Barack Obama is not a man who holds grudges and who takes revenge on his enemies. This is an invitation to rub Iran Deal in Israel’s face. Pure and simple.

The dispute over the deal that Iran reached in July with world powers, which calls for curbs on its nuclear program in return for sanctions relief, had driven an already rocky relationship between the Obama and Netanyahu governments to a new low.

White House spokesman Josh Earnest said the exact date for the meeting was still being finalized but that it was likely to be in early November.

“It’s an indication that despite our well-known differences on even some key issues, the bond between the United States and Israel when it comes to our security relationship is unshakeable,” he told reporters at the daily White House briefing.

So many lies emanate from this White House no one can keep count anymore.

Obama refused to see Netanyahu in March when the Israeli leader accepted an invitation from Republican leaders, without consulting the White House, and gave a speech to Congress in which he harshly criticized Obama’s negotiations with Iran, Israel’s regional arch-foe.

Does anyone believe Obama has forgotten? All Obama wants is for Obama to rub Iran Deal in Netanyahu’s face.

The two leaders have since spoken by phone but have not seen each other face-to-face since last year.

The Senate vote on Thursday, which essentially sealed a major foreign policy victory for Obama, was widely seen as a defeat for Netanyahu and the largest U.S. pro-Israel lobby.

Netanyahu has assailed the Iran deal as a security threat to Israel, while Obama has promoted it as the best way to keep Tehran from developing a nuclear weapon, something it denies seeking. Israel is widely assumed to be the Middle East’s only nuclear-armed state.

We Agree with Netanyahu’s Refusal to Admit Syrian Refugees
Netanyahu: Israel will hit hard if Syrian threat detected
Courage is knowing what not to fear
Slippery Barack Obama 976