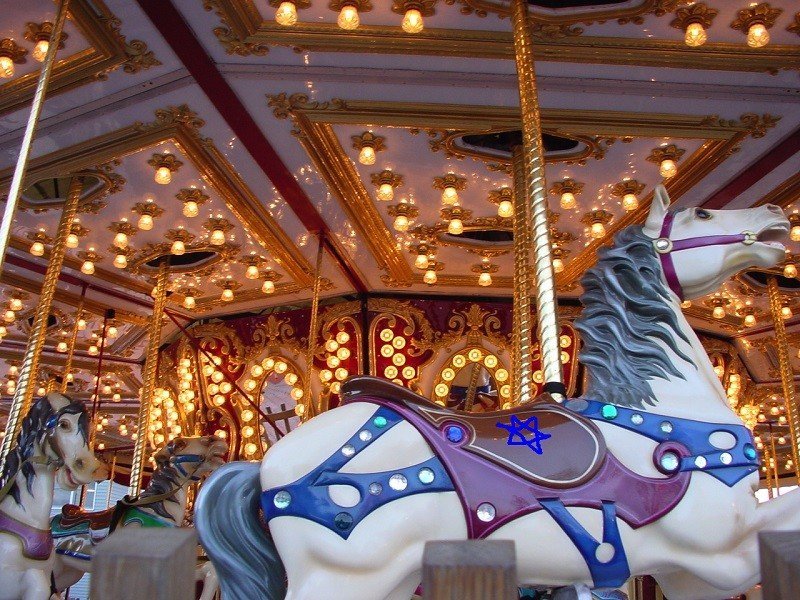 Around and around we go riding the Obama terror dream carousel.

Kerry is almost begging Putin to solve Syria because the more we bomb ISIS, the stronger it gets. Bombs dropped on people kill people. In the case of Obama, his bombs grow terrorists. Horrific ones.

Obama and Kerry have long entered the twilight zone in Syria. Both are ignoring the neon flashing, “Assad is the problem”. With their heads still buried in the sand, they go begging Putin to salvage their legacies. Putin, on the other hand, drives the stake deeper by maintaining his unwavering support for Assad. “If they cannot figure it out, why should I help them figure it out?” Putin must be thinking. Cowards are rewarded accordingly, I say.

[Tweet “Around and around we go in the Obama terror dream carousel.”]

From the Muslim Brotherhood in Egypt to Assad in Syria to Khamenei in Iran to turning a blind eye to the excesses of al-Maliki in Iraq to ignoring the terror of Hamas, to refusing to call Islamic terror by its true name to ignoring the march in Paris in support of Charlie Hebdo.

Around and around we go in the Obama terror dream carousel.

ISIS is recruiting 1,000 fresh new fighters a month (I believe it is twice this number since we cannot possibly have perfect intelligence). To some, what attracts the female recruits is the disintegration of the European society. Bullocks I say. Assad is targeting pregnant women with his snipers. What does a man know about how female recruits feel on this subject?

What attract ISIS recruits are Obama and his intentional and harmful policies of backing Assad. I have never met a man yet who the more mistakes he makes the more he unlearns. Barack Obama is that genius.

Wonder how many new active recruits the US Marines can manage a month. If ISIS beats their recruiting number, send Obama a congratulatory note. He has always wanted to diminish the capacity of our Marines and empower Islamists. He is succeeding even when he pretends he is battling ISIS.

This is the Obama terror dream carousel. It is a revolving door of policies to grow terror across the Middle East, which include ISIS. Who is better at wearing the skin of a Muslim than Obama himself?

Maybe if we call Obama the supreme leader, he may quit on courting Khamenei and protecting Assad. Titles to narcissists is what an open sky is to South Dakota.

Hey Congress, a Bill please! Save America. Save us from the Obama terror dream carousel. Pass a law giving Obama a new title: The Supreme Leader of the United States of America. SLOTUS instead of POTUS. Maybe he won’t feel the need to go begging Khamenei anymore.

When was the last time anyone read an article accusing Obama of growing terror? Is it because of the trifecta syndrome of political correctness: Muslim, black, liberal democrat? “No way Jose, am I touching this hot potato”, said the editor-in-chief of the New York Times. Let the Obama dream terror carousel make its rounds.

[Tweet “The longer Assad stays in power, the stronger ISIS gets”]. Said it before and I am saying it again. Assad. Assad. Assad. Without this cursed family, Syria is a larger Lebanon.

The longer we ignore the obvious the more danger we face down the road. The longer the media ignores the Obama terror dream carousel, the more regret we will express later. So, stick your finger up to measure air speed and direction. As the forest fires rage down the road in Syria and Iraq, the wind is blowing in our faces.