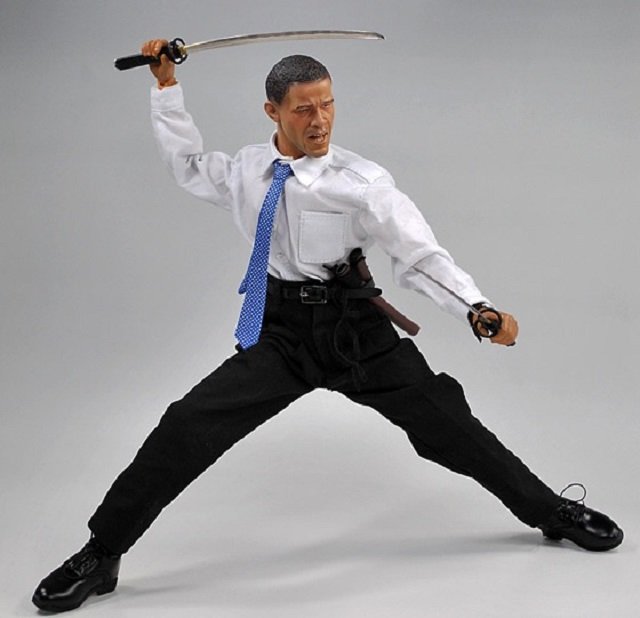 Do you get the sense as you watch history unfold in Washington that our President looks like an angry kid who cannot get his toy? He is like a kid in the toy store.

The venom, the rhetoric, the blame, and the attacks belittle the Office of the President. It is one thing for journalists, pundits, and the occasional Blogger to be angry at the civil war of words raging in DC, but it is quite another to watch Mr. Obama deliver harsh and indignant words unworthy of his position of Commander-in-Chief.

Where was that anger when Assad gassed innocent women and children? Or when the Iranian Government killed by the thousands those who dared to rebel against their oppression?

What psychological disorder explains a person’s anger at his own people but total submission to his real foes? Aggression against his own as opposed to timidity towards everyone else? If none exists, may we suggest calling this phenomenon ObamaCareless or OC?

Some are accusing the President for his lack of leadership while others are accusing him of Chicago-style politics where there are only winners and losers. We think it is much deeper than that. We think his childhood, the abandonment by his father, his mother’s unfortunate and early death and his confusion over his identity have a lot to do with the “Kid in the Toy Store” syndrome we see in him today.

Not getting his way unleashes an internal beast of sort.

During the Syrian crisis, we watched him oscillate to avoid punishing Assad after making a compelling case to punish him severely. That indecisiveness, non-committal approach to his own Red Line must be rooted in some childhood need to impose himself just to ”impose himself”. No purpose other than to say “I am here” or “Present” as he did so often during his years as a Senator.

Mr. Obama never intended to attack Assad. His threats were impulsive and impetuous. Just like the kid in the toy store who wants to touch every toy.

What makes a man indifferent to the death and sufferings of others but who passionately spars with his own people on matters inconsequential to life and death? The whole world knows Assad is a thug and a murderer, but the world also believes Mr. Obama is serving humanity by not interfering when in fact only mass murderers and terror-touting Islamists are the ultimate beneficiaries of his timidity.

Many moments we spend reading or watching interviews online, we shake our head with disbelief at some of what is happening. Terror against women, children and minorities is one of those moments. However, as we watch our President dispense his attacks instead of solving problems, we simply turn off what medium we are using out of disgust. Washington, like Syria, has become an uncivilized nightmare. Its rudder has gone haywire and all of us are looking for the day when we elect a new Commander-in-Chief capable of healing the nation and advancing the cause of liberty abroad.

This President’s cloth is the wrong fabric for the difficult issues of our times. We hope he goes back to community organizing where he would fit perfectly in that role and job description. This, instead of playing the kid in the toy store syndrome.